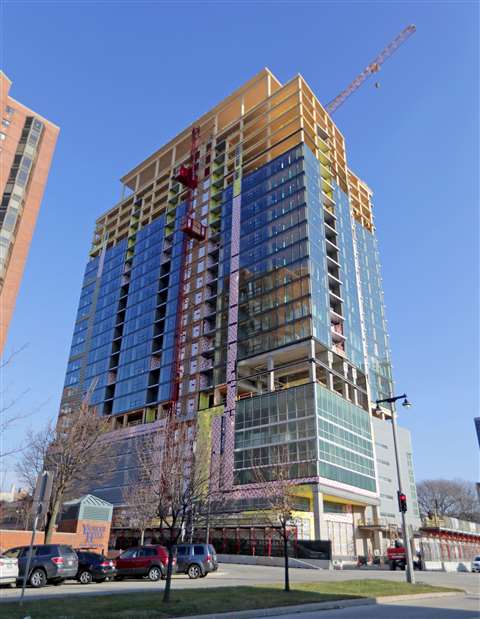 Officials from the Council on Tall Buildings and Urban Habitat (CTBUH) have officially declared the 25-storey Ascent as the World’s Tallest Timber-Concrete Hybrid Building.

The building contains 259 apartments and its mass-timber residential floors are constructed above a five-storey concrete parking garage using a system of glulam beams.

Around 50% of Ascent’s mass timber structure remains visible inside the building, so residents can see and touch it.

It is estimated that using mass timber for the structural system decreased construction time by approximately 25%, compared to a conventionally constructed concrete building of the same scale. Ascent was built using a digital twin model, so every beam, column and panel could arrive on site ready to assemble, with holes predrilled.

The process of constructing Ascent brought together experts from around the world and it is hoped that it has established a model for futute tall timber projects.