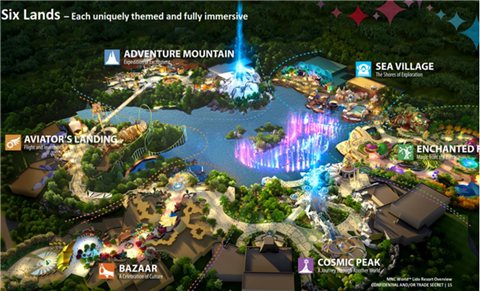 Developer MNC Land has started construction on a US$2 billion “world-class entertainment hospitality city” in Indonesia.

Situated in the Bogor area to the south of Jakarta, the 3,000 ha (30km2) Lido City project comprises the construction of a movie production complex, a golf course, a luxury hotel resort, a music and arts centre and a theme park with six adventure areas.

It was signed off in June 2021 by the President of the Republic of Indonesia, Joko Widodo,  and has been named as a Tourism Special Economic Zone and, according to MNC, will “significantly contribute to the country’s foreign exchange earnings”, both through investment opportunities and tourism.

The developer said, “Lido City is set to attract local and international tourists, to absorb six-seven million visitors per year in the next five years.

“Foreign exchange inflows from foreign tourists and savings on foreign exchange outflows from domestic tourists, who would prefer SEZ MNC Lido City to travel abroad, are predicted to reach US$4.1 billion over 20 years.”

While Lido City’s luxury villas, resort and 18-hole golf course will be operated by the Trump Organisation, the Lido theme park will include 18 rides, 15 shows, 39 food and retail outlets, and will feature “cutting-edge technology.”

The site’s Movieland complex will comprise outdoor backlot sets, indoor green screens, postproduction areas and other supporting facilities. Described as Indonesia’s “first and most integrated” movie production facility, it is being developed in collaboration with MNC Studios International.

Lido City will be also home to an educational family park called ‘World Garden’. Said to be inspired by the Dubai Mircale Garden in the UAE, World Garden will display a wide range of flora and fauna and be a recreational area for families. 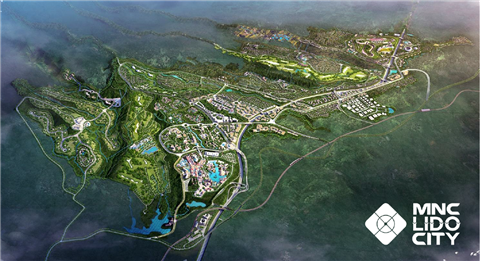