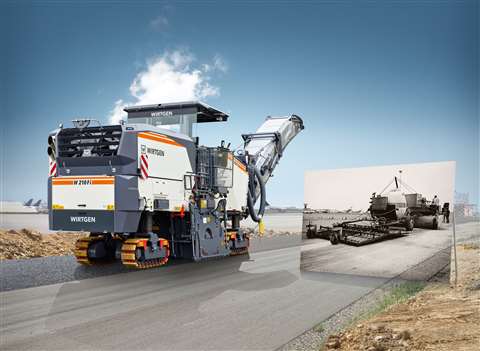 Wirtgen’s W210Fi is one of the company’s latest cold milling machines.

Wirtgen Group is celebrating the 60th anniversary of its founding, with a look back at its long history in the construction industry.

The German-based company, which today comprises five leading brands and employs a global staff of almost 9,000, was first established as a haulage firm in 1961.

He then invested in a small number of concrete breakers that allowed the company to shift its activities to road construction and rehabilitation.

During these early years, Reinhard Wirtgen and his ten employees set up the company’s first workshop in Windhagen, where they “continuously improved” three of the company’s breakers.

Wirtgen Group said, “In the early 1970s, Wirtgen developed hot milling, a new process that for the first time made it possible to remove asphalt over large areas.

“The next milestone followed in 1979, when Wirtgen once again revolutionised road construction with the development of the cold milling machine.”

By the 1980’s Wirtgen had grown to include around 150 employees and 100 unit fleet of large millling machines, and Reinhard Wirtgen had turned his attention from contracting to manufacturing road equipment.

In the mid-1990’s Wirtgen took its first steps towards becoming a corporate group, with the acquisition of road paver manufacturer Joseph Vögele in 1996. 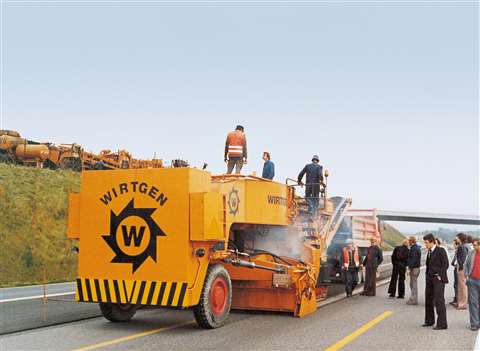 In 1979 Wirtgen’s SF 3800 C (pictured) completed its first cold milling operation on the A3 carriageway between Frankfurt and Cologne in Germany.

While 1997 saw the company’s founder Reinhard Wirtgen step back from his leadership role, the company continued to grow under the management of his sons Jürgen Wirtgen and Stefan Wirtgen.

In 1999 Wirtgen integrated roller manufacturer Hamm into its operations and expanded the production factories at its brands’ respective headquarters.

In 2006 the group’s ‘Mineral Technologies’ division was established with the acquisition of mobile and stationary processing plant manufacturer Kleemann and, in 2014, asphalt mixing plant specialist Benninghoven.

Wirtgen Group, which became part of John Deere in 2017, said, “The Wirtgen Group stands for 660 years of experience in road construction.

“Five brand headquarters in Germany, international production facilities in Brazil, China and India, numerous sales and service companies and a close-knit dealer network ensure that the group’s premium products and cutting-edge technologies are used in every market worldwide.” 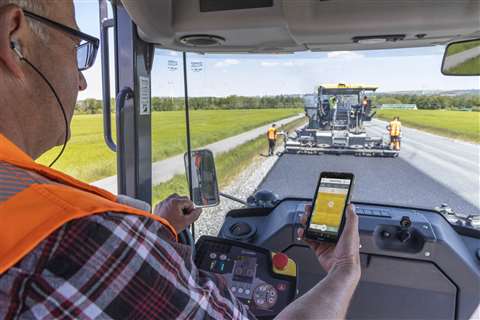