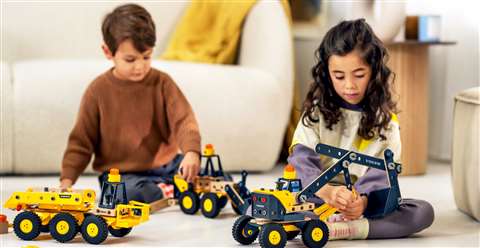 Volvo Construction Equipment (Volvo CE) and toy manufacturer Brio Builder are to launch a range of wooden children’s toys based on construction equipment.

Said to “excite the imagination” of potential future construction engineers, the toy range includes a wheeled loader, a hauler, and an excavator.

They were designed to resemble their real-life counterparts and come with easy-to-use tools and assembly instructions that allow children to build each model.

Arvid Rinaldo, Brand Partnership at Volvo CE, says, “We’re thrilled to see this partnership with BRIO come to life. This is the first time these two Scandinavian brands have collaborated, but we have forged a strong bond, united by a number of shared values including quality, safety, a passion for exceptional design and a commitment to environmental responsibility.”

Due to be launched in the third quarter of this year, the toys will be made from FSC Certified beech wood and plastic pieces that are suitable for children aged three and over.

Dan Nordlund, Product Designer for Brio Builder, said, “With these new Volvo themed vehicles, the construction play takes on a whole new level of fun. Kids can now build their massive machines, act out a real-life inspired construction site and then reinvent and rebuild to their hearts desire.”

While working with the construction equipment manufacturer is a first-time event for Brio, Volvo has previously partnered with another toymaker on multiple projects. 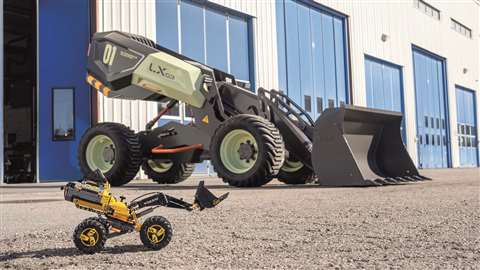 The 5-tonne Zeux LX03 wheeled loader was a concept vehicle was ‘inspired’ by a Lego model. (Photo: Volvo CE)

Over the years Volvo CE has partnered with Lego Technic not only for the creation of equipment-themed Lego sets, but also for the design and manufacturing of new construction machines.

In 2021 Volvo CE unveiled a prototype construction machine that it says was inspired by a Lego Technic model.

Known as Zeux, the concept machine was the third collaboration between the two companies since 2014, but the first time they created a futuristic machine.