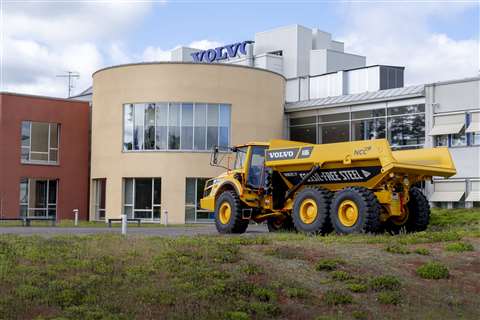 Volvo Construction Equipment (Volvo CE) plans to invest in its facility in Braås, Sweden, home of its articulated haulers. The company announced its intention to invest SEK 360 million (US$32.7million) into its production facility in Braås between now and 2027, as a signal of its commitment to lead transformation toward a more sustainable construction future.

The facility in Braås specialises in the design and manufacture of articulated haulers for the global market. It produced a fossil-free construction machine that was the first in the world to be delivered to a customer – an A30G which is now in use on customer NCC’s worksite.

The investment means the factory will be adapted over the coming years to enable it to produce a larger range of articulated haulers with different types of powertrains to reflect the shift in demand towards equipment with more sustainable power sources. New buildings and production equipment – including automation and ergonomics – will extend production capacity.

Braås is also leading the way in environmental protection and was the first in the construction industry to achieve a carbon-neutral operation powered entirely by renewable energy. In 2018, the site also became a zero-landfill facility.

“The transport and construction industry is undergoing a transformation with, among other things, an increasing number of electrified vehicles,” said Jonas Lakhall, site manager at Volvo CE in Braås. “This investment will enable us to adapt and extend our production facility so that we can offer a broader range of machines – with different powertrains – to our customers and help them meet their emission reduction ambitions.”