VINCI Construction subsidiary HEB Construction has been chosen as part of an alliance contract to build the Northern Corridor Improvements Project (NCI Project). The project has a total value of $700 million New Zealand dollars (US$513 million). 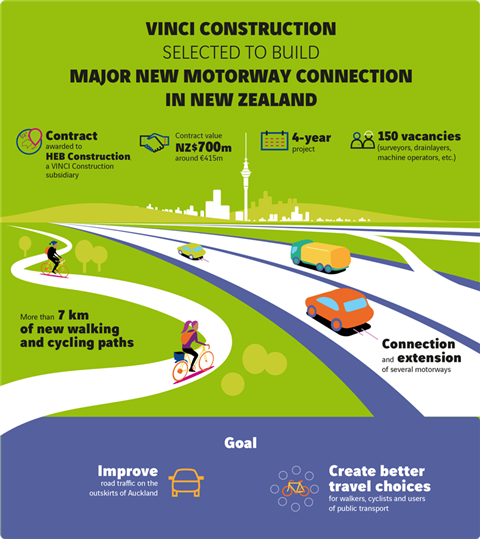 The project is an important link in helping to realise the full benefits of the Western Ring Route by giving users an alternative route to State Highway 1 and the Auckland Harbour Bridge. It will also create better travel choices for walkers, cyclists and users of public transport.

The Alliance is now tasked with finalising the detailed design and beginning construction early this year. The project will be undertaken in stages over the next four years. The first steps towards construction will include road resurfacing and the installation of moveable median barriers.