The project to build the Gordie Howe International bridge between Detroit, US and Windsor, Canada, has been awarded by the Windsor-Detroit Bridge Authority (WDBA) to the Bridging North America consortium. 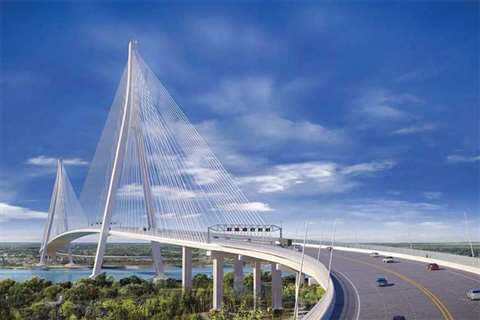 The estimated cost of the bridge is US$4 billion

The consortium consists of ACS Infrastructure Canada Inc., Dragados Canada Inc., Fluor Canada Ltd and others. It is estimated that the cost of the project will be approximately US$4 billion, and the scheme is to be delivered through a public-private partnership.

Dwight Duncan from the WDBA said, “This is an exciting time for WDBA and for communities on both sides of the border.

“The selection of Bridging North America as the Preferred Proponent is another step forward towards the start of construction of the Gordie Howe International Bridge – the largest infrastructure project along the Canada-US border and one which will stimulate the economies in Canada and the United States.”