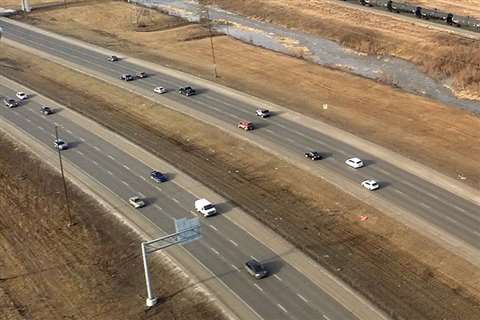 Eurovia, a subsidiary of French contractor Vinci, has won a CA$120 million (US$90.25 million) maintenance contract for the main urban motorway in Calgary, Canada.

The contract is to ensure daily maintenance of the Deerfoot Trail motorway. It includes winter maintenance, and upkeep of bridges, roads and equipment like crash barriers, signage and lighting. Green spaces will also have to be conserved.

With an initial term of seven years, the contract includes an option for a three-year renewal and will begin on 1 August 2019.

Named in 1974 after a long-distance runner, the Deerfoot Trail is a two and four lane dual carriageway. The road is a direct link from the north to the south of Calgary, a city with a population of over one million.

Part of the Canamex corridor, a transport infrastructure linking Canada to Mexico via the US, the road is said to be the busiest urban motorway in Alberta, with daily traffic of over 170,000 vehicles.

Eurovia is also in charge of maintaining two further urban motorways in the same province – the North Stoney Trail in Calgary, until 2039, and Northwest Anthony Henday Drive in Edmonton, until 2041.