US$778 million fine for Lafarge for actions in Syria 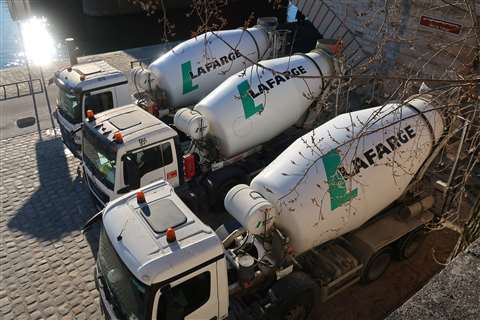 France-based cement, construction aggregates, and concrete specialist Lafarge has agreed to pay US$777.8 million to the US Department of Justice (DOJ) after pleading guilty to conspiring to provide material support and resources to the Islamic State (ISIS) and al-Nusrah Front (ANF) terror groups in Syria during its civil war.

The money was paid to keep the factory running during the conflict and under the expectation that ISIS would take action against its competitors.

According to the DOJ, Lafarge and its now-defunct subsidiary Lafarge Cement Syria (LCS) paid the groups nearly US$6 million between August 2013 and October 2014 in exchange for permission to operate the Jalabiyeh Cement Plant in northern Syria.

ISIS also received money for each tonne of cement that was sold. LCS made around US$70 million in revenue during the period, said the DOJ.

“The defendants partnered with ISIS, one of the most brutal terrorist organizations the world has ever known, to enhance profits and increase market share — all while ISIS engaged in a notorious campaign of violence during the Syrian civil war,” said Deputy Attorney General Lisa O. Monaco.

Lafarge, since 2015 a division of Swiss-based Holcim, said in a statement that it accepted responsibility for the wrongdoing and had worked with the DoJ to “resolve the matter”.

Monaco added that, “This case sends the clear message to all companies, but especially those operating in high-risk environments, to invest in robust compliance programmes, pay vigilant attention to national security compliance risks, and conduct careful due diligence in mergers and acquisitions.”