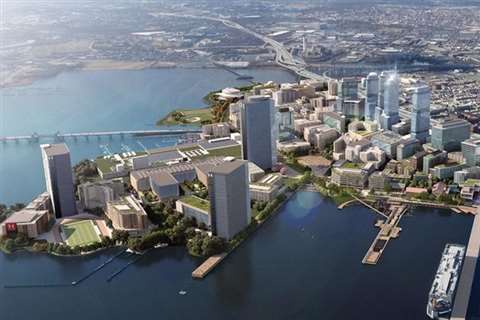 The Port Covington development is expected to be completed by 2045

Construction has begun on a new US$5.5 billion redevelopment of Port Covington in Baltimore, Maryland, US.

The project itself is a public private partnership (PPP) between the city of Baltimore and the Port Covington developers.

Partial funding will be generated through bond financing to help pay for the estimated US$1.4 billion required for new infrastructure.

The developers have agreed to provide benefits for local trades by hiring minority contractors to participate in the project.

A contribution of US$10 million has also been offered by the developers as a way of empowering young people in youth education programs.

The entire project is expected to be completed by 2045.