Boasting some of the world’s tallest buildings and innovative cityscapes, the United Arab Emirates (UAE) is at the forefront of creating modern skylines of the future.

Extravagant landmarks and innovative high-rises have become an attraction for tourists and cities, such as Abu Dhabi and Dubai, continue to see over 16 million visitors annually. 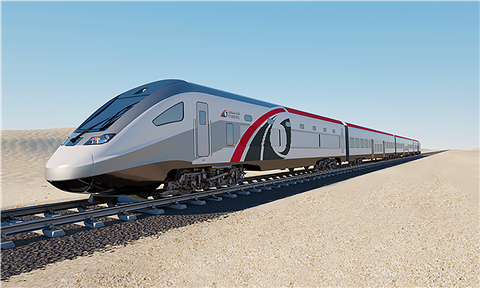 The UAE is spending billions on transport connections (Photo: Saipem)

The United Arab Emirates Construction Market Report 2022-2025 has forecasted that the UAE construction industry is set to expand by 4.2% in real terms this year, as the country continues a strong recovery following a difficult two years during the Covid-19 pandemic.

It is expected that the construction industry will register an annual growth rate of 3.7% during 2023-2026, but a rise in cases of Covid-19 would negatively impact this.

According to Global Data, the market was valued at US$85.6 billion in 2021. The report further suggests that the commercial construction sector is expected to expand in real terms in 2022 – this will be supported by the continued recovery in the tourism and hospitality sector.

Infrastructure investments in the UAE

There are also more unconventional transport projects, such as the US$5.9 billion proposed hyperloop project between Dubai and Abu Dhabi.

Late last year Virgin Hyperloop announced that it was planning to commercially launch its service in the UAE in the next three to four years rather than by 2030 as originally planned.

The decision to bring forward the cargo services launch was reportedly taken after the main shareholder in US-based Virgin Hyperloop – the Dubai Government-owned DP World – argued for this.

The hyperloop would potentially cut travel times between Dubai and Abu Dhabi to 12 minutes rather than the current hour or longer.

Whether hyperloop is a feasible option in the future or not, with a population increase of 1.89% since last year and more cars on the road, the UAE are aware that they need to accommodate this and facilitate smooth transportation systems across the country.

Considerable progress has been made, with the total length of federal roads reported to have reached more than 900km through the completion of more than 140 projects.

The Shindagha Bridge in Dubai 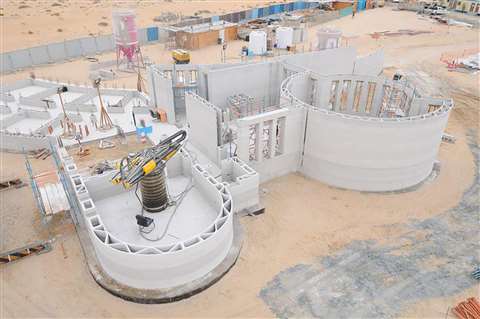 The making of what was claimed at the time to be the world’s largest 3D printed building (Photo: Apis Cor)

The project has been broken down into five different phases, including a 295m bridge, with a total investment of AED 5 billion (US$1.37 billion). All five phases are expected to be completed by 2027.

The Shindagha Bridge in Dubai officially opened up to traffic in January following construction that involved the lifting of 40 steel segments of its infinity arch.

The bridge’s design features an architectural arch shaped in the form of the mathematical symbol for infinity, giving it the nickname ‘Infinity’ Bridge.

For its construction, 40 steel segments of its infinity arch, ranging in weight of up to 130 tonnes, needed to be installed over the Dubai creek and above the bridge deck, which could not support a suitably sized crane.

Heavy lift specialist Mammoet realised that the mid bridge segments required tandem lifts by two cranes positioned on opposite banks of the creek with a working radius of 140m. The entire operation was completed over a period of six months, with the last piece of the infinity arch installed this year.

“Working in partnership with Aertssen, we provided equipment with sufficient capacity and reach, along with specialist engineering to support the operation of the CC 8800- 1 to maximise the overall utilisation and its capacity,” said Somnath Bhattacharjee, crane operations manager for Mammoet’s UAE Branch. 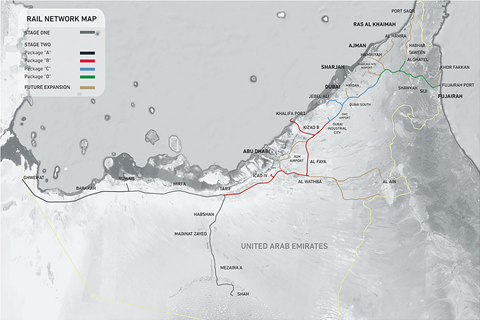 A map showing the route of Etihad Rail

The bridge is said to accommodate 24,000 vehicles per hour in both directions and also features a 3m track for pedestrians and cyclists.

Market intelligence from the International Trade Administration suggests that, as the demand for roads increases in the UAE, local developers are also seeking efficiency through digitally integrated processes on projects.

Recent trends in the industry have demonstrated a growing demand for technologies such as Building Information Modelling (BIM), Augmented Reality (A/R), Information of Things (IoT) data applications, and 3D printing.

Dubai has seen 3D printing grow in popularity over the last decade. US-based company, Apis Cor, printed the wall structures of a two-storey administrative building in Dubai back in 2019 which, according to the company, was said to be the world’s largest 3D printed structure to date.

Extensive research and development took place to test the equipment under harsh climatic conditions and develop the 3D printing, says Apis Cor. The printer was transported across the building site using a crane.

By 2030, the UAE anticipates that 25% of Dubai’s buildings will be constructed through 3D printing as per a regulation set by the Ruler of Dubai. The regulation has the goal of increasing the sustainability of Dubai, in addition to keeping up with global technology trends.

The Abu Dhabi Economic Vision 2030 also highlights how transportation will develop across the country. This includes the redevelopment of the Mina Rashid port so it can accommodate over 20,000 yachts, as well as numerous projects that focus on the development of road and rail networks.

Etihad Rail, the UAE’s national rail project, began in 2016 with the aim of connecting 11 of the country’s key centres of trade. The project is part of the larger UAE Railway Programme, which aims to enhance transportation across the seven emirates.

It will be one of the largest single railway projects implemented in the world and forms the UAE component of the Gulf Cooperation Council (GCC) rail network. This will connect the UAE to surrounding countries, such as Oman, Kuwait, Saudi Arabia, Qatar, and Bahrain.

The railway is a total of 1,200km – it has been estimated that it will require 47 million hours of work by 13,300 workers to be completed. The start of construction took place 28 months ago and, in that time, 75% of Stage two has been completed.

The government-backed project has seen great progress. According to those involved in the project, it demonstrates the determination of the UAE to expand and develop its crosscountry transportation links.

Shadi Malak, CEO of the UAE’s national railway network, gave the keynote speech at Middle East Rail 2022, commenting, “We are in a position to mould the industry, redefine business models and human behaviour. I truly believe the future of transport is in our hands.

“At Etihad Rail, we are committed to fostering the vision of our leadership, to play an integral role in sculpting the progression of the UAE for future generations.” 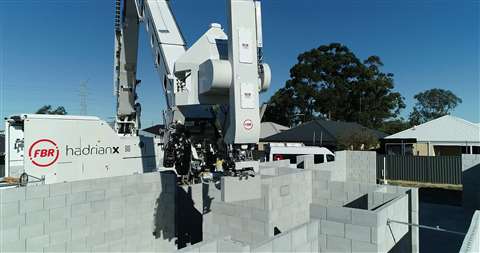 FBR Australia, a construction robotic technology company, has signed a Memorandum of Understanding (MoU) with the UAE’s Ministry of Energy and Infrastructure.

FBR and the Ministry will complete a study with a view for the UAE to become an early adopter of the Hadrian X, the world’s first mobile robotic blocklaying machine and system.

The MoU will see FBR and the UAE’s ministry identifying opportunities for the introduction and adoption of FBR’s robotic construction technology, and further solutions and services to serve the construction sector in the UAE. FBR announced in a press release that they will exchange information and collaborate in relation to the application of modern building methods, smart support systems, and other construction technologies.

CEO of FBR, Mike Pivac, said, “This MoU reiterates our commitment to the GCC region by establishing a framework for cooperation with the UAE Ministry of Energy & Infrastructure.” He added that FBR and the Ministry also intend to collaborate on the demonstration of the utility and the effectiveness of the Hadrian X and other robotic technologies to various stakeholders in the UAE through pilot building programs in Australia and/or the UAE. 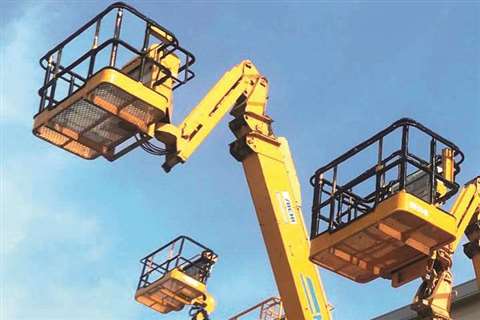 Country report: Japan
Nishio Rent All, one of Japan’s largest access rental companies, shares its thoughts on its home market 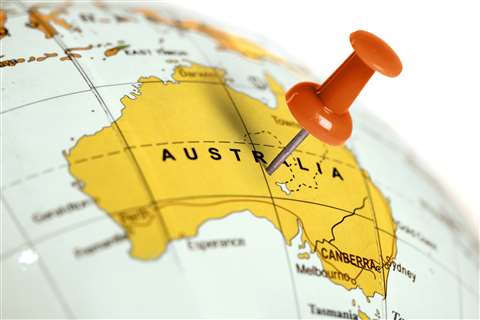 Country report: Access in Australia
Australia has a thriving aerial platform market, beset with a unique range of challenges