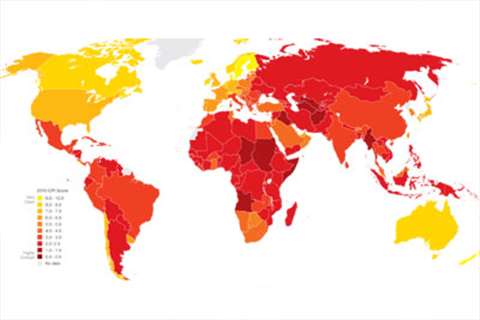 The 2010 edition of Transparency International's (TI's) Corruption Perceptions Index (CPI) has found corruption to be a major problem in 178 countries. They scored 5 or less on a scale of 0 to 10, where 0 is corrupt and 10 is highly clean.

"These results signal that significantly greater efforts must go into strengthening governance across the globe. With livelihoods of so many at stake, governments' commitments to anti-corruption, transparency and accountability must speak through their actions," said TI chair, Huguette Labelle.

TI's annual CPI survey draws on 13 different expert and business surveys to find a composite index number for the perception of the level of domestic, public sector corruption in each country. According to the 2010 results, Denmark, New Zealand and Singapore tied for first place with a score of 9.3. Afghanistan and Myanmar were second to last with a score of 1.4, while Somalia was bottom with 1.1.

Comparing results from the 2009 and 2010 surveys shows there was an improvement this year for Bhutan, Chile, Ecuador, FYR Macedonia, Gambia, Haiti, Jamaica, Kuwait and Qatar. However, corruption was perceived to get worse in the Czech Republic, Greece, Hungary, Italy, Madagascar, Niger and the US.

TI highlighted the fact that few of the improvers were from the Organisation for Economic Cooperation and Development (OECD), and it called on this group of 36 rich, highly industrialised countries to lead by example and improve its stance on corruptions.

"TI's assessment of 36 industrialised countries party to the OECD anti-bribery convention, which forbids bribery of foreign officials, reveals that as many as 20 show little or no enforcement of the rules, sending the wrong signal about their commitment to curb corrupt practices," it said in a statement.

Studies by TI show that corruption is most prevalent in the public works and construction sector. The industry even scores worse than the notoriously shadowy arms and defence industry when it comes to bribery. 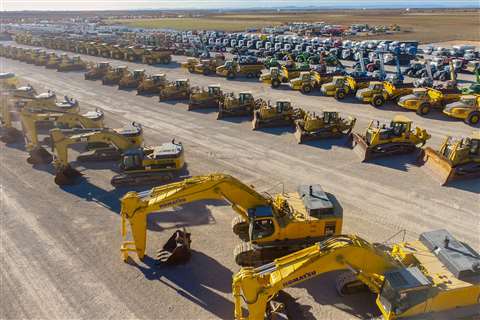