Study: US construction productivity declining since 1972 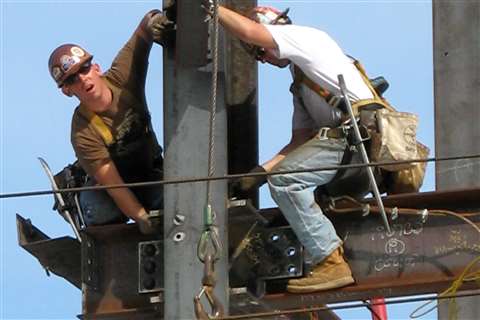 Craft workers could bring an additional US$5.4 billion per year to the GDP of the US and Canada if they spent an extra 36 seconds per hour on value-adding work, according to research by Denmark’s Aarhus University.

Productivity on North American construction sites has been declining since the 1970s, according to the Danish research which analysed data for the US and Canada between 1972 and 2010.

Findings are included in the report, “Determining the Relationship between Direct Work and Construction Labour Productivity in North America: Four Decades of Insights” published in The Journal of Construction Engineering and Management.

The study links industry statistics with the efficiency of work done on sites to show that contractors have extracted declining value out of a work hour since 1972.

Research suggests craft workers spend an increasing amount of time on non-value-adding work, which adds extra time to the work day but reduces efficiency. The report notes it’s up to construction management, not builders, to streamline the work process.

“Although there is a degree of uncertainty, this [study] shows what a society could earn by simply spending one percentage point more time on value-adding work on construction sites,” states Hasse Neve, a researcher at Aarhus University’s department of engineering. “But the vast majority of sites can be optimised even more, thus the numbers could be huge.”