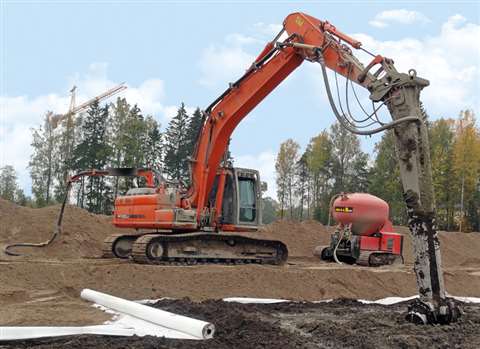 Seven companies involved in the mass stabilisation of soil are getting together with Lahti Development Company LADEC to organise the International Mass Stabilisation Conference 2015, which will be held in the Finnish city of Lahti in April.

The conference was held for the first time in 2008, when over 250 visitors from around the world attended the event. The organisers hope that builders, officials, constructors, designers and industry representatives, as well as researchers, will be among the delegates at the latest event.

A new manual on mass stabilisation will be handed out at the conference.

The organisers said that soft soil masses could be processed and strengthened through use of the mass stabilisation method, with no need for transporting unwanted material and replacing them with non-renewable materials.

The method was said to save money and natural resources, as well as reducing the carbon footprint on construction projects.

The Conference will be held at Sibelius Hall in Lahti, Finland, from 22 to 24 April, 2015, and will include visits to the Allu factory and a jobsite.