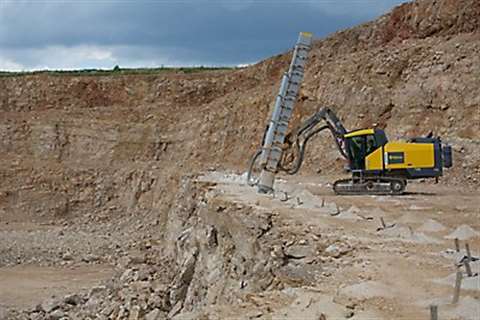 Designed to improve the “environmental standards of quarries and larger construction sites”, the battery-powered SmartROC T35 E drill rig is said to offer high productivity with low emissions, as well as low noise and vibration levels.

While exact specifications about the drill rig have not been revealed, it is thought to share many of the same features as Epiroc’s existing diesel powered SmartROC T35 rig, on which its design is based.

It is anticipated that, when the model hits the equipment market, it will have an operating weight of between 15 and 17 tonnes (excluding the drill rod) and match its diesel powered sister machine’s 37-metre drill depth and its drill hole diameter of 64 to 115mm.

Johan Eliasson, project manager at Skanska Industrial Solutions, said, “A milestone has been reached and a new opportunity has come to reduce our climate impact.

“Both companies have set bold environmental goals – this project really takes a great step towards Skanska´s goal of being completely climate neutral by 2045, which is an important part of our promise to build a better society.”

Epiroc, which has signed up to the Science Based Targets initiative, is aiming to reduce its CO2 emissions – from both its operations and sold products – by 50% by 2030.

In line with this, the manufacturer plans to make all models in its underground mining equipment portfolio available in battery-electric versions by 2025, with electric versions of its surface operations product line available by 2030.

Helena Hedblom, Epiroc’s President and CEO, said, “With the SmartROC T35 E we are taking a large step towards reaching our promise to offer a full range of emissions-free products for quarries and large construction applications.”

Skanska’s trial of the machine is the latest of two advancements in the specialist equipment sector. 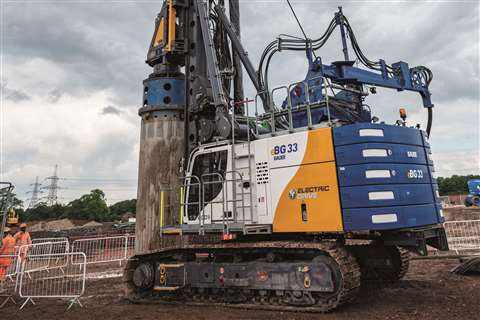