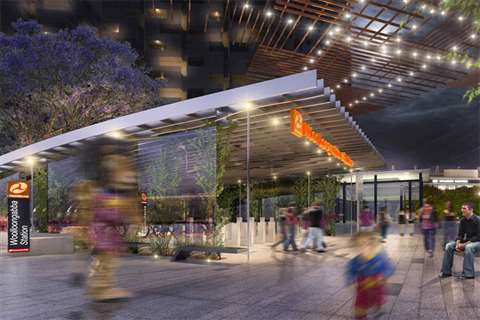 An artist’s impresson of one of the new Queensland stations

The shortlisted companies for the contract to build Queensland’s highest priority infrastructure project, Cross River Rail, have been announced.

The US$4.3 billion scheme will extend the city’s underground rail system by adding 10.2km of line, digging a 5.9km double-bore tunnel under the Brisbane river and the city’s central business district and adding five stations to the network.

The contract is split into one for tunnels and stations and the other for the rail systems.

For the construction elements the shortlist is down to three contenders. They are, Pulse, the CIMIC Group-led consortium, including Pacific Partnerships, CPB Contractors, UGL, BAM, Ghella and DIF.

“Cross River Rail is a transformational project that will unlock the bottleneck at the core of our transport network and increase its capacity to deliver ‘turn-up-and-go’ public transport,” Ms Trad said.

“It will also generate 7,700 jobs during construction, and stimulate decades of economic development opportunities right across South East Queensland. The final consortia awarded contracts from these shortlists will be building this project.

“Shortlisted companies will now be required to prepare detailed bids that demonstrate innovation and offer Queenslanders the highest possible value for money. This is a big milestone in the delivery of this critical project.”