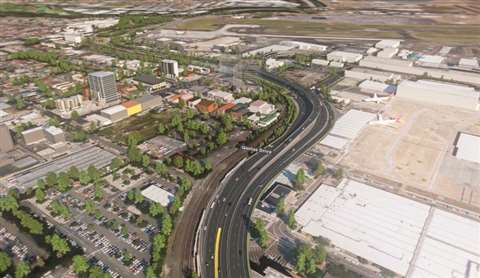 Salini Impregilo is on the shortlist for Sydney Gateway, a AU$2.2-2.6 billion (US$1.5-1.7 billion) project to improve road connections from Sydney Airport and Port Botany to the new Sydney motorway network at St Peters Interchange.

It is reported that the project will complete missing links in the motorway network and return local streets to the community by enabling around 80,000 vehicles a day (including 10,000 heavy vehicles), to travel on new roads. The project will include a new flyover to the Domestic terminals at Sydney Airport.

Transport for NSW (New South Wales) is handling the bidding process, part of a broader effort to improve infrastructure in a state whose population is expected to grow from eight million to 12 million by 2056.

“Sydney Gateway is a critical infrastructure project for NSW and we are very pleased to progress to the next stage of finding a delivery partner,” said a spokesperson for Transport for NSW. “It will provide easier journeys to and from Sydney Airport, including a dedicated flyover from Qantas Drive to the front door of the Domestic terminals.”

Australia ranks among the world’s biggest investors in infrastructure with numerous projects ongoing, such as the Sydney metro project and Brisbane’s Cross River Rail.

Salini Impregilo report that the country is an important market for them. Earlier this year the group won a contract to build Snowy 2.0, the biggest hydropower station in the country, and the contactor is currently building the Forrestfield-Airport Link, a metro line that will connect Perth’s eastern suburbs with the airport and the Central Business District.