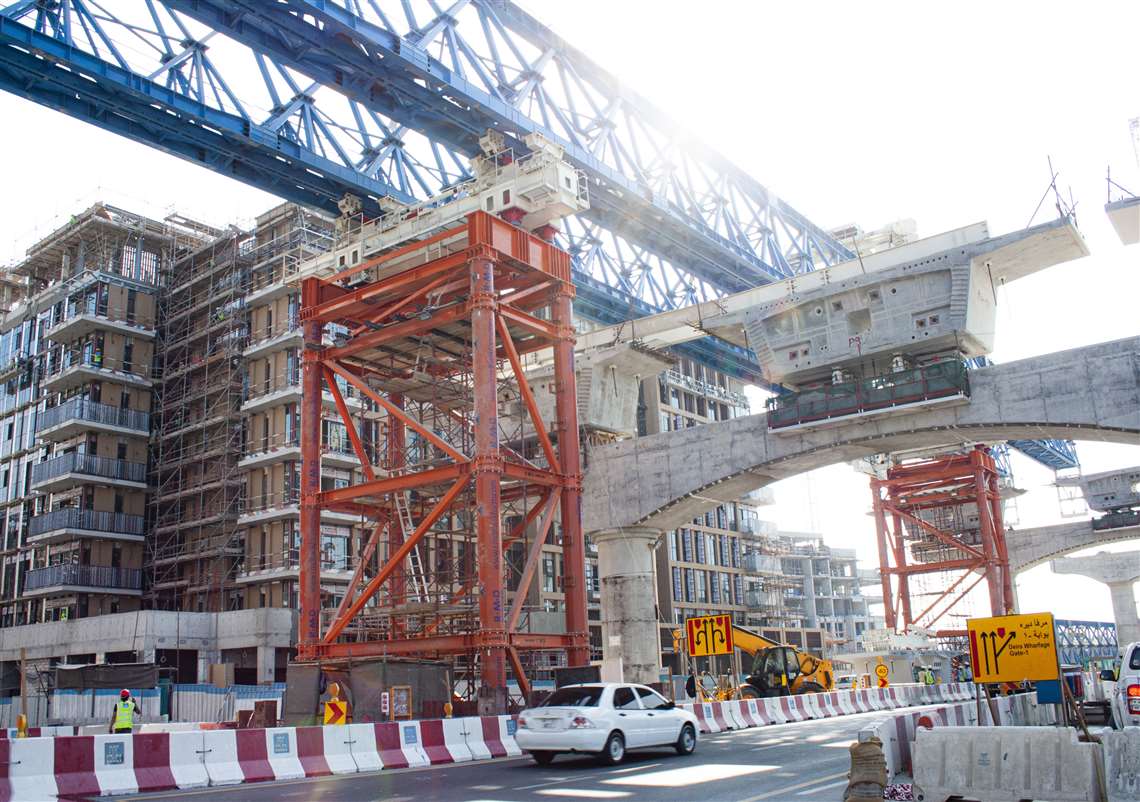 RMD Kwikform’s Tubeshor system in use on the Shindagha Bridge in Dubai.

The Shindagha Corridor project, which is being run by Dubai’s Roads and Transport Authority, comprises the construction of a 13km-long road network along the city’s coastline.

RMD Kwikform was contracted by China State Engineering Company to provide two 16-metre-high, free standing shoring towers for the construction of an extension to the Shindagha Bridge.

Due to the project’s high loads and space restrictions, the company provided its Tubeshor system for the works. It was the first time the hybrid hydraulic tubular shoring system had been used on a vertical application and use of the tower required RMD Kwikform to design a special connector that enabled the tubes to be connected to horizontal members. 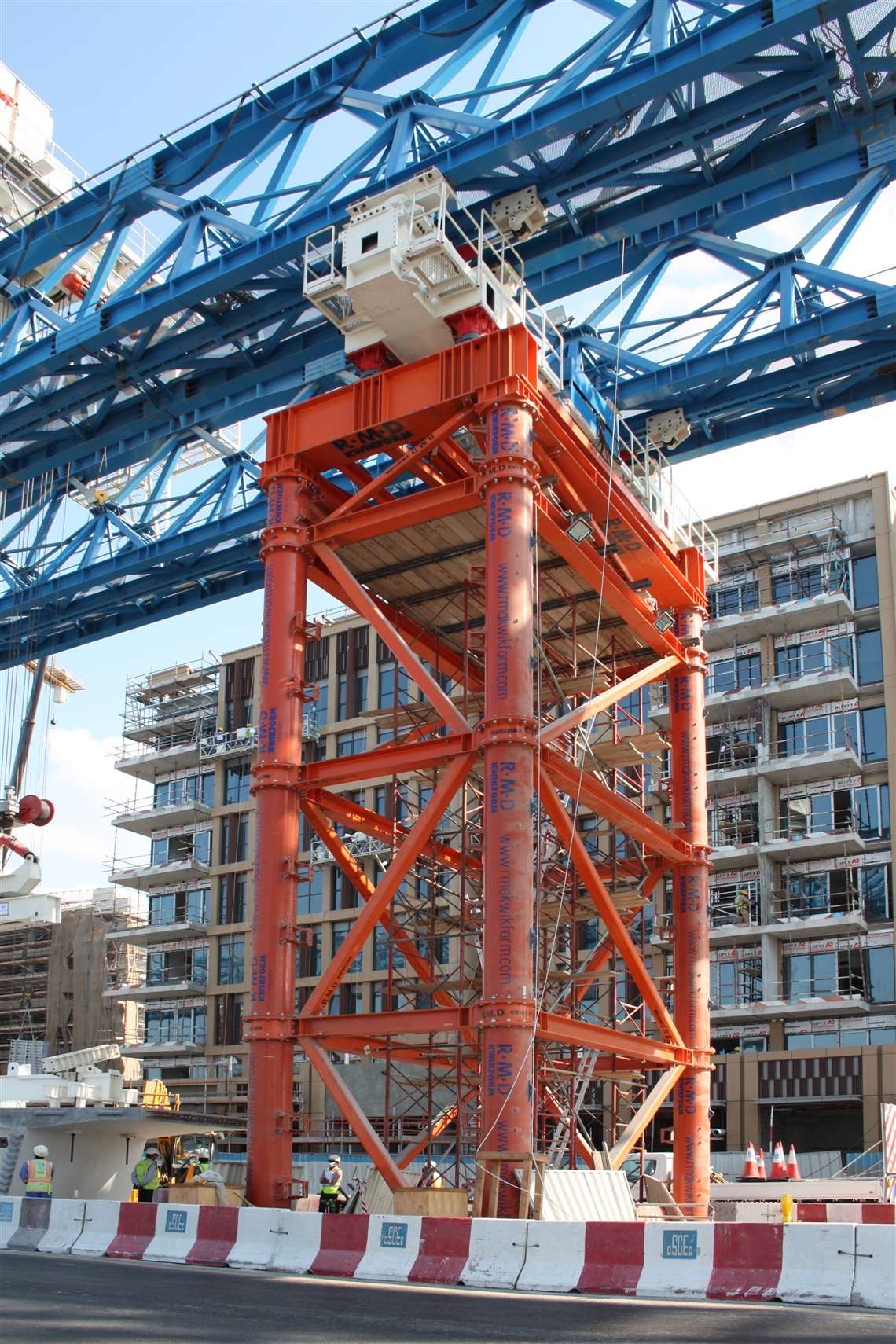 “This was the first vertical application project of the Tubeshor fleet and was designed to provide a cost-effective, safe and convenient solution for such a critical operation. The system supplied by RMD Kwikform consisted of minimal elements, which reduced the time required for installation and dismantling of the support towers, hence why it was chosen over alternative bespoke steel options from our competitors.”

During phase 2D of the project, the towers were used to support the proof loading of a fully loaded 120-metre bridge launching gantry that had to withstand windspeeds of 160kmph.

The towers were engineered to provide vertical loads of approximately 7000kN and lateral loads of 240kN in both directions. According to RMD they were used to support the precast launching gantry segment during load testing.

Upon completion, the Shindagha Corridor will increase the capacity of the Dubai’s current road system and reduce journey times along the city’s coast. 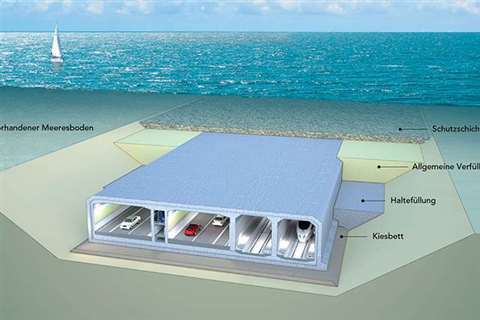 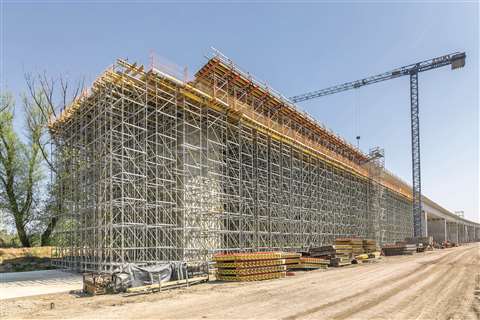 Peri formwork used on viaduct for US$2.9 billion railway
Čortanovci Viaduct forms part of an international railway that will connect the capital cities of Hungary, Serbia, Macedonia and Greece

RMD Kwikform's Tubeshor system in use on the Shindagha Bridge in Dubai.
Previous Next ×