Roadmap for net zero cement and concrete by 2050 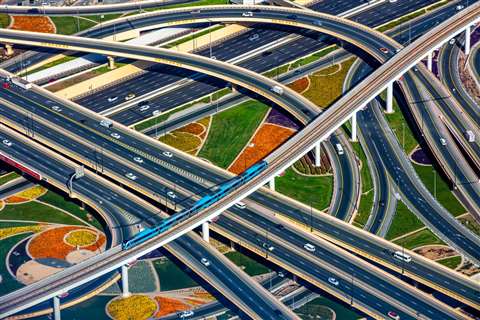 Concrete is one of the most used materials in the world

The world’s leading cement and concrete manufacturers have made a global commit to cut CO2 emissions by a further 25% by 2030, marking a decisive step in the race to ‘Net Zero’ concrete by 2050.

The move by 40 members of the Global Cement and Concrete Association (GCCA) marks the biggest global commitment by an industry to net zero so far – bringing together companies from the Americas, Africa, Asia, including India and China, and Europe.

It follows the September announcement during New York Climate Week that the GCCA has become the first global ‘heavy’ industry accelerator for the UN’s global Race to Zero. GCCA members account for 80% of the global cement industry volume outside of China, and also include several large Chinese manufacturers.

The GCCA - which provides a column for International Construction magazine - has published a detailed roadmap which sets out the path that the industry will follow to fully decarbonise by 2050, a target aligned with the Paris Agreement to limit global warming to 1.5°C.

The roadmap actions between now and 2030 will prevent almost five billion tonnes of carbon from entering the atmosphere compared to a business-as-usual scenario.

Concrete is the most used human-made material on the planet with 14 billion cubic meters³ produced every year for use in everything from roads to bridges, tunnels to homes, and hydropower installations. Production of cement, the key ingredient in concrete, accounts for around 7% of global CO2 emissions. The new 2030 commitment by the GCCA outlines a significant acceleration in the pace of industry decarbonization.

The roadmap to get there is built around a seven-point plan that relies on ambitious yet achievable actions to reduce the amount of CO2 intensive clinker in cement, significantly reduce fossil fuel use in manufacturing, and accelerate innovation in products, process efficiency and breakthrough technologies including carbon capture.

Thomas Guillot, GCCA chief executive, said, “Global cooperation on decarbonizing concrete is a necessity, as countries developing their infrastructure and housing will be the biggest users of concrete in the coming decades....I envision a world in the not too distant future where the foundation of a sustainable, zero carbon global economy will literally be built with green concrete.”