Roadbuilding: The need for speed 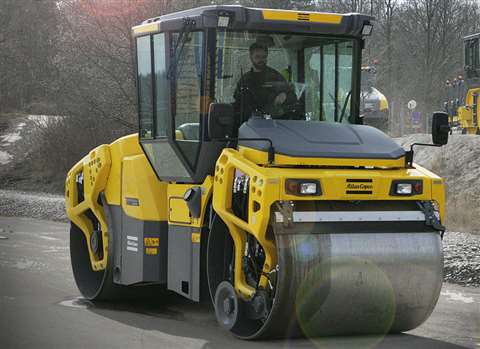 The beauty of the roadbuilding sector is the vast amount of products used, as many different types of manufacturers’ services are required when building roads, and this makes competition fierce.

This year has seen a plethora of new products released into the market. Wirtgen, for example, has launched two new machines for road rehabilitation.

One of these is the W 120 Ri from the new generation of small milling machines, a mobile rear loader on wheels. The second is the W 150 CFi, a front loader and said to be the most powerful model in the new compact class.

The company has also launched its new slipform paver SP 64i and the curing unit TCM 180i – two machines described as “pioneering” – for high-quality concrete paving.

PKD cutters for cold milling machines are also new from Wirtgen, as well as two further innovations in the form of point-attack cutting tools of Generation Z, and the quick-change toolholder system HT22. These have been specially developed to meet the requirements of cold recycling and soil stabilisation.

Across the Atlantic, Minnich launched a new concrete barrier wall drill at the World of Concrete 2016 show in Las Vegas, US.

Air-driven and self-propelled, the Minnich concrete barrier wall drill straddles and rides along the top of the temporary wall. A tethered controller enables the operator simultaneously to drill three accurate, consistent pin holes – through pre-moulded holes in the wall, through the road, into the sub-base – while positioned on the non-traffic side of the barrier.

Todd Jurjevic, director of sales, said, “The new drill saves contractors significant time and cost, and promotes safety by eliminating the need to hand-drill pin holes on the traffic side of the barrier.”

Volvo Construction Equipment has added the SD75B, SD115B and SD135B soil compactors, which the company said were packed with advanced technology that adapted to the application and jobsite, providing maximum versatility and performance. The new machines are EU Stage IV/Tier 4 Final-compliant.

Volvo’s advanced drum control system allows the operator – via an easy-to-use console – to adjust the frequency and amplitude, compensating for changing soil types and conditions. Two frequency settings come as standard but five can be included as an option. High or low amplitude can be selected to adjust the drum’s dynamic force based on the job and material depth.

The B-Series compactors can be set up in three different configurations and are available with a smooth or padfoot drum. The compactor can also be quickly and easily converted from a smooth drum by clamping on a padfoot shell, said the company.

Japanese roadbuilding specialist Sakai claims its GW750 is the world’s first and only vibratory pneumatic tire roller. It offers a combination of vibration and pneumatic forces for compaction, promising better uniformity of surface as it gains density faster than with other compactors.

The machine’s four levels of centrifugal force offer a huge amount of diversity for a pneumatic. Sakai says this single pneumatic roller can replace a 10-tonne, 14-tonne, 19-tonne, 23-tonne and 28-tonne pneumatic roller.

This could significantly cut fuel expense, in terms of hauling to and from each jobsite.

Paving expert Vögele, part of the Wirtgen group, has the new Super 800-3i – a machine which it said demonstrated that even small pavers could play in the big leagues.

In its Universal Class, it has also launched two new models from its Super series – the Super 1600-3i tracked paver and the Super 1603-3i wheeled paver.

Two new machines are being premiered in the Special Class. The first of these is the Super 1800-3i with SprayJet module and the new ErgoPlus operating concept for paving thin wearing courses.

Vögele promotes WITOS, a modular software system that supports fleet and service management, but the company said it also enabled new approaches to process optimisation. It said this made it possible for the first time not only to apply the just-in-time principle to organising construction processes, but also to optimise processes such as milling, asphalt paving and compaction.

US-based GOMACO has launched its new 3300 multi-application slipform paver, as well as its new GP3 machine, which it calls “the world’s most intelligent concrete paver for slipforming widths up to 9.14 m”.

Features on the 3300 include advanced steering capabilities with Smart Leg and Track Positioning, as well as a Smart Telescoping mould mounting system, which allows paving from both sides of the machine.

The paver includes a U-shaped operator platform, which is said to give an enhanced view of the overall paving operation.

The company said the paver could quickly change from one mould profile to another, using GOMACO’s Hook-and-Go mould mounting system. The trimmerhead and mould also shift sideways and adjust vertically, clearing obstacles and allowing the 3300 to get much closer to them.

The dual-telescoping GP3 slipform paver can pave to a maximum width of 9.14 m, and is the first in a series of GOMACO pavers to feature next generation technology.

It combines Smart Frame Widening, allowing it to accommodate multiple width changes, with Smart Leg Positioning and Smart Steering, which are all controlled by the GOMACO-exclusive G+ digital control system.

In future, Easy Drive will also be installed in the articulated tandem rollers of the HD+ series, as well as in the H Series compactors.

Meanwhile, there are three new pavers from Caterpillar, in the shape of the AP300F, AP355F and AP555F, which are each powered by an engine that meets Stage IV emission standards.

The AP555F is a mid- to high-production, rubber tracked paver designed for use on projects such as airports runways, highways and other large jobsites. Cat said its high travel speed, flotation and traction delivered enhanced mobility.

Each of the pavers feature quick-heating screed systems that aid productivity and reduce idle time.

Atlas Copco has launched its sixth generation Dynapac large asphalt rollers, the CC4200 to CC6200. Its first generation – the CC40 – was introduced in 1964.

The seat and steering module can be swivelled and can be slid from the left side of the roller to the right. As an option the seat can swivel so that the operator is facing fully to the rear, allowing the operator to work on both sides of the roller when moving backwards. This is said to eliminate the limitations of defined forward and reverse working directions.

Together with this option comes the electronic mini-steering wheel that makes it even easier to steer the roller smoothly and accurately, which Atlas Copco said took the ergonomics and manoeuvrability to an even higher level.

Bomag, meanwhile, believes it has closed a gap in the market with its newest member of the RS family – the RS 500 recycler.

The company believes that, for the first time, the side-shift capability of the milling rotor makes it possible to mill up to the marginal areas of a road with wheel-based recyclers, which was not previously possible. It said that in the past it led to reduced quality and laborious working methods.

The sideways adjustable milling rotor of the RS 500, which extends beyond the wheel edge, reaches even marginal areas and the machine remains safely manoeuvrable, without the tyres having to work on unsuitable subsurface or the wheels colliding into existing road surfaces.

The rotor can be moved left or right over the wheel rim, which makes it possible to mill both edges of the road without missing any areas, said Bomag.

The machine concept is complemented by Flexmix technology, developed by Bomag, with which the pulverised material can be adjusted. The RS 500 also boasts an adjustable flap in the rotor cover.

Thanks to its height-adjustable cab and compact dimensions, the RS 500, claimed Bomag, was very easy to transport. With a transport height of 3.1 m, a total width of 2.55 m, and a length of 9.5 m, the machine can be easily placed on a low loader from one construction site to the next.

Thanks to the central, high working position and the extensive all-round glazing of the ROPS/FOPS cabin, the driver has improved 360° visibility even without camera systems. This cabin concept, as well as its intuitive operation, enhances both safety and comfort for the driver, said Bomag.

Both the wheeled and tracked versions of the Ammann pavers have been updated to meet all emission regulations worldwide. It said the tracked versions – the AFT 350-2 and AFT 500-2 – provided improved traction in challenging underfoot conditions. The wheeled AFW 350-2 and AFW 500-2 were described as the best choices when mobility was essential.

The next generation of Ammann’s mini paver, the AFW 150-2, was also released. The wheeled paver features a larger auger – 120mm diameter compared with the previous 100mm – that is said to ensure proper material distribution along the screed. A new material flow sensor is another enhancement.

A hydraulically-extendible screed operates in a similar way to those on larger pavers, which is said to enable quick and effortless extension while the machine is operating.

Ammann said its forward-moving vibratory plates – the APF 1133, APF 1440, APF 1450 and APF 2050 – represented new efforts to send compaction energy toward the materials and away from the operator.

Benninghoven, an arm of the Wirtgen group, believes its new silent generation of asphalt mixers is “far ahead of its time”.

The MBA 2000, with five-fold screening as a standard, can be set up or taken down within a very short time and is, therefore, said to be easy to manoeuver. Its short installation time also allows asphalt production to take place close to the construction site.

As part of a major redevelopment project of the university’s existing campus, Bituchem supplied around 3,000m² of its Natratex Gravel to provide maintenance-free footpaths across the campus.

The work comprised the surfacing of existing and new footpaths. The Natratex Gravel presents a surface that contrasts with the surrounding black tarmac to form aesthetically pleasing pathways to match the modern surroundings of the university campus.

The Natratex Gravel footpaths are just one part of the attractive landscape created by the architects The Landmark Practice, which felt that it was the right product to create the desired landscape for the university grounds. In fact, Andy Spargo, principal landscape architect, said, “We are very pleased with the aesthetics of the landscape created using Bituchem’s Natratex Gravel and for this reason we would definitely consider it for future projects.”

Natratex Gravel uses a clear binder system with decorative buff coloured aggregates, with the appearance of natural stone, to create a durable surface for pedestrian and light vehicular use.

It offers a fully compacted finish compared to real gravel, making it safer for pedestrian use and is virtually maintenance free once applied, claims the company.