Ritchie Bros. to acquire Euro Auctions for US$1 billion 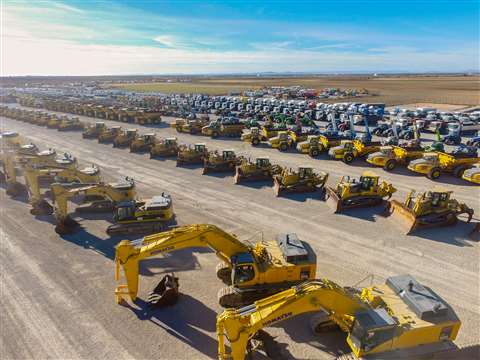 It has been announced that industrial equipment auctioneer Ritchie Bros. has agreed a deal to acquire Euro Auctions for UK£775 million (US$1.07 billion).

Euro Auctions is a heavy machinery auctioneer that was founded in 1998 and operates in EMEA (Europe, Middle East and Africa). The deal is expected to close in the first quarter of 2022, subject to regulatory clearances and the satisfaction of other customary closing conditions.

In a press release Ritchie Bros. said that it will be retaining Euro Auctions employees and its brand, both of which are highly regarded in the EMEA region.

“This acquisition significantly accelerates our strategy to drive revenue and earnings growth and add shareholder value by continuing to expand our capabilities in new channels, sectors, regions, and customer segments.”

Ritchie Bros. has recently been reporting a strong increase in the number of bidders at its auctions – an online event in Dubai, UAE, attracted almost 1500 bidders, up 40% on the previous year.

In an interview with International Construction, Karl Werner president, international, Ritchie Bros. (Mr Werner has since left the company to take up a new role) talked about how the global auction company had adapted to Covid-19 and increased its number of online auctions.