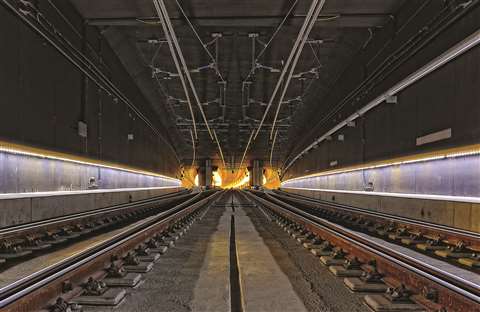 The construction markets of the Asia Pacific region have been talked about in world-leading terms for some time, but the statistics are now bearing out the hype, as the World Bank recently announced the region was likely to remain economically resilient for at least the next three years. It further noted continued falling poverty rates and rising labour incomes.

Add to this, forecast growth rates of 5% for this year, followed by 5.1% next year and 4.9% in 2018, and the future looks relatively bright for the region.

Smaller nations in the Asia Pacific are largely feeding off of the economic success of their larger ‘Tiger’ neighbours, with Cambodia and Myanmar forecast to see growth of almost 7% this year, and Papua New Guinea poised for recovery, thanks to the establishment of new mining and petroleum projects.

In Malaysia, there is cause for celebration in the more immediate term as, after three years of waiting, construction on the Singapore-to-Kuala Lumpur high-speed rail project is on.

Singapore’s Prime Minister Lee Hsien Loong visited Putrajaya on July 19 for the signing of the agreement with his Malaysian counterpart Najib Razak. 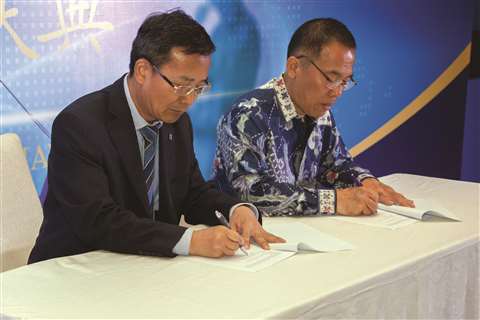 The target date for completion of the network – which includes one station in Singapore and seven in Malaysia – is December 31, 2016.

In that time, 350 km of track must be laid, and all stations built and fitted out. Once inaugurated, trains will hit speeds exceeding 300 km/h and the predicted journey time from Singapore to Kuala Lumpur is just 90 minutes, compared with the current seven hours by conventional rail.

The cost of the project has been estimated at around $15 billion, but the potential economic and social benefits to the country are significant with it expected, for example, to generate around 30,000 jobs throughout its 10-year construction period.

The Asia Pacific region is clearly of great interest to international contractors and manufacturers, especially those in nearby China, with this part of the world key to president Xi Jinping’s ‘One Belt, One Road’ initiative. 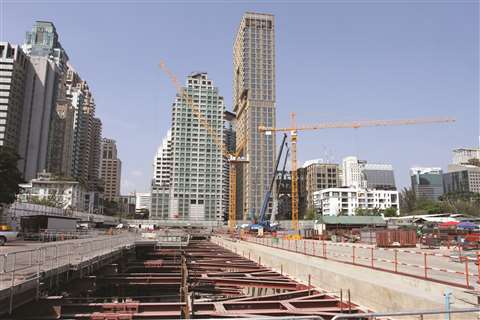 Chinese manufacturer XCMG recently made a positive move into the region, launching its new XCMG Indonesia operation, with a grand opening ceremony in Jakarta.

The company has stated that it wishes to develop a local network of distributors and increase its influence in both the country and in the region.

Indonesia is, of course, a founding member of ASEAN (the Association of South East Asian Nations) and the largest economy in the region and it’s clear that XCMG sees it as an extremely important overseas market for its global expansion ambitions.

In both 2015 and 2016, XCMG has increased its exports to Indonesia by more than 100%, and has been actively involved in a growing number of engineering and infrastructure projects. 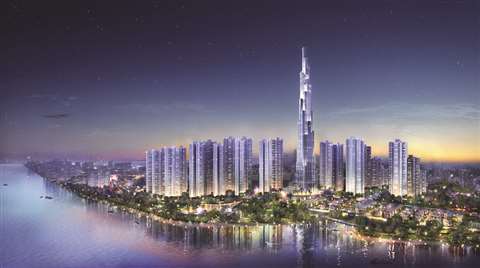 None of this is surprising when one notes that Indonesia is currently enjoying the fastest construction market growth in all of Asia – an extremely impressive 8% this year.

US-based engineering firm Aecom will be the number one growth market in Asia running up to 2020.

The government has made growing infrastructure a priority and some 30 major projects, including toll roads, ports, public transport networks and railway links – with a value of more than $68 billion – have been given the green light to be developed by 2019.

In Thailand, the Thai Obayashi Corporation is constructing Langsuan Village, the largest residential project to be built on Bangkok’s central business district.

One a 9 hectare site, and stretching for 300 m along the length of the main thoroughfare of Langsuan Road, the development is one of the most significant seen in the city centre for many years, with a low-density ratio and generous green spaces. 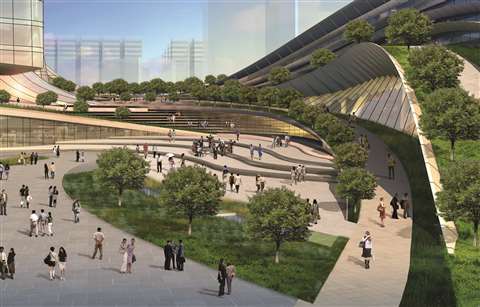 The development comprises nine structures, including a five-storey art museum, a health centre, residential blocks, an international hotel and a retail plaza.

Expected to be completed in 2019, the total cost of the build is estimated at around $750 million.

Thai Obayashi has brought in six Liebherr tower cranes for the construction of Langsuan Village: four 125 HC-L units, one 200 EC-H and a 160 HC-L.

The cranes were brought on site at the beginning of the year, following completion of the project’s foundations.

Of the current work, Thai Obayashi’s project manager, Chaowanun Phaongern-ngam, says, “We are using one 125 HC-L crane to build the Langsuan Parkview Residence tower, which is located right beside Sarasin Road and consequently we cannot overfly the site boundary with our jib.”

“We are also using a Liebherr 125 HC-L unit on the Tonson Parkview Residence tower, this time to avoid overflying Tonson Road.” 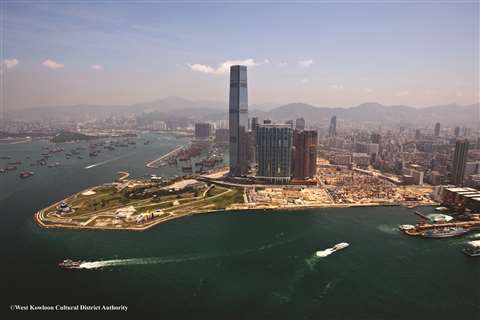 “Two further Liebherr 125 HC-L units, a 160 HC-L unit, and a top-slewing crane 200 EC-H are being used to construct the main residential element of Sindhorn Residence, along with neighbouring structures,” says Chaowanun.

With a considerable amount of heavy lifting on the project, due to a substantial volume of precast concrete elements, the Liebherr units are likely to be lifting loads up to 8 or 9 t.

Another thriving construction market is that of Vietnam, which is forecast to see 6.3% growth in 2017, and 6.1% growth in the following year.

Here, Atkins, Arup, Aurecon and VNCC are partnering on the Landmark 81 development, set to include the country’s tallest tower. 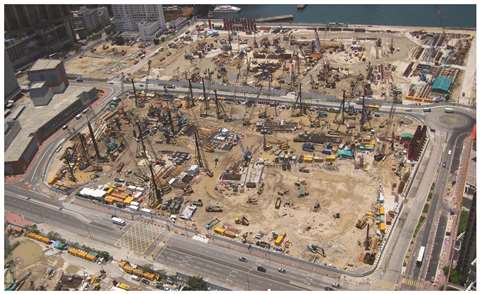 To give an indication of the size of the Landmark 81 tower structure, 700 workers were required to pour the building’s concrete foundation pile cap, and the concrete was delivered on no fewer than 1,700 trucks.

The concrete pour was the largest ever seen in Vietnam and involved excavating 25,000 m3 of soil, installing 6,500 t of reinforced steel and using 17,000 m3 of concrete to create the 8.5 m-thick pile cap.

The construction group’s engineering feat called for detailed planning, as – apart from installing specially designed cooling systems for the concrete – temporary roads, walkways and staircases had to be constructed to give the delivery trucks and personnel continuous access

At 462 m, the 81-storey tower will stand 150 m taller than London’s Shard tower and form the centrepiece of Vinhomes Central Park, which includes 17 further skyscrapers.

In Hong Kong – one of the so-called Asian Tigers, along with Singapore, South Korea and Taiwan – another eagerly- and long-awaited mega-project is being realised: the West Kowloon Cultural District. 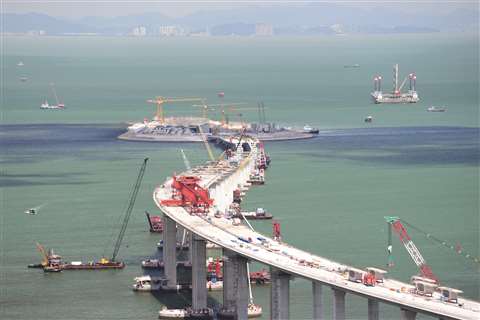 First raised as a possible project in 1998, the development has seen many false starts over the years, and currently very few of the incorporated theatres, museums and art facilities have been completed.

Following its initial grant of almost $3 billion dollars – which was completely eaten up by phases one and two of the project – the government is now “calculating the budgets” and will soon submit funding applications for the remaining work.

With construction work on phase 3 expected to be largely completed by 2019, the cultural district will include major architectural works such as the Xiqu Centre for performing arts, the M+ Museum of visual culture and the Lyric Theatre Complex, incorporating three discrete theatre venues.

Future additions to the development include the Palace Museum, with 7,600 m2 of gallery space, and the construction of an underground roadway, ensuring the district itself remains a pedestrians-only space.

Very few of those strolling in Kowloon will have any notion of the mammoth project also taking shape beneath their feet, in the shape of the 380,000 m2 West Kowloon Terminus of the Guangzhou-Shenzhen-Hong Kong Express Rail Link. 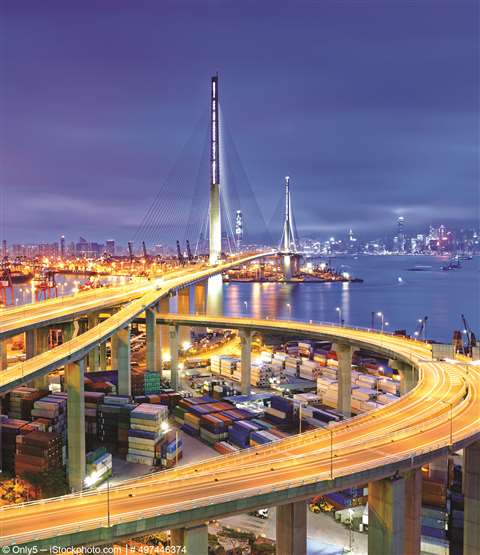 In all, the budget for the rail link is almost $11 billion, and the line is expected to carry around 109,000 daily, which matches the current cross-border traffic at Hong Kong International Airport.

Construction on the West Kowloon station started in 2010, and completion is expected by mid-2018.

Consulting engineers Aurecon were involved in the West Kowloon Terminus and have had a hand in a number of significant projects in the Asia Pacific region.

Mike Tapley, Aurecon’s Technical Director for Bridges and Civil Structures in Asia, says the development of bridges in Asia serves as a useful narrative to track the growing prosperity across the continent.

He points out that, while Japan is currently home to the longest suspension bridge in the world – actually made up of three suspension bridge structures – the 4,015 m-long Kurushima Bridge, which links the islands of Honshu and Shikoku, a Chinese bridge will soon take the tile overseas.

Japan – which has been facing economic challenges for some years – also currently boasts the bridge with the longest span in the world, the Akashi Kaikyo Suspension Bridge, which has a span of close to 2 km. Again, this title will soon have another recipient, which, again, is China. 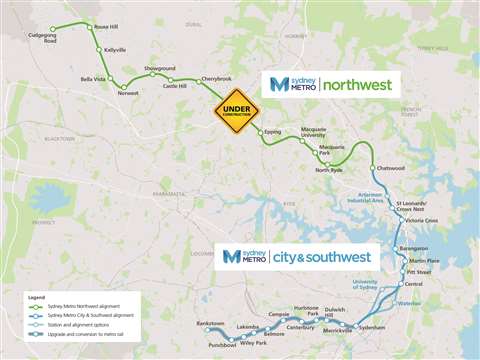 In fact, the economic giant that is China will eventually host five of the ten longest span bridges in the world, including the longest.

Hong Kong (which is home to Stonecutters Bridge, one of the most complex cable-stayed bridges in the world) is also in the process of constructing a mammoth multi-billion-dollar bridge, which will connect it with both Zhuhai and Macau.

Having been plagued by delays, cost overruns and industrial accidents, the bridge is now expected to be completed next year.

Su Quanke, chief engineer of the HZMB Authority, the company overseeing the project, said, “This bridge is one of the most technically challenging projects in the history of transportation in China.”

At its longest stretch, the bridge measures 29.6 km and includes a 6.7 km stretch of tunnel between two artificial islands, and is connected to a 40 m-deep submerged tunnel, allowing cargo ships to pass above.

The complex project has cost more than money, with 10 workers losing their lives and more than 60 injured in a total of 275 accidents, during the construction process.

The current work involves the construction of a dual three-lane carriageway over a 12 km stretch, comprising a 1 km-long tunnel, a 9.4km viaduct section and a 1.6-km road section on reclaimed land.

Workers on the project recently fitting the last of precast tunnel liner segments into the tunnel section; it weighed 5,000 tonnes – as much as 27 Boeing 747 planes.

Big dig down under

Swinging way down south, to Australia, we see a construction market that is struggling to keep pace with its northern Asia-Pacific neighbours.

Residential building is slowing after a record-breaking boom and the general construction sector saw out 2016 with three straight months of contraction.

Nevertheless, there are significant projects underway here, not least in Sydney, where the country’s largest infrastructure project, the Sydney Metro, has moved into its second construction phase.

US-based engineering and construction firm Bechtel has been tasked with the delivery of the tunnels and stations excavation on Stage 2 of the project, which will include 15.5 km of twin-bore rail tunnels.

Bechtel will use five tunnel boring machines (TBMs) on the contract, and undertake excavations for six new metro stations.

The all-underground Southwest line (Stage 2) of the metro, at a total cost of between $12.5 billion and $13.5 billion, will extend the current Metro Northwest line (Stage 1) from its current terminus at Chatswood, through the city centre, to Sydenham. The new line includes a 750m-long twin running tunnel under Sydney Harbour.

For the harbour tunnel, the joint-venture contractors undertaking much of the Stage 2 work – John Holland (45%), CPB Contractors (45%), and Ghella (10%) – will procure a hybrid TBM capable of operating in both open mode and closed-face slurry mode.

According to the latest project schedule, this machine will launch following completion of cut-and-cover excavation of Barangaroo Station in early 2019, with breakthrough expected between six and nine months later.