Over the last few years, Latin America has watched from the sidelines as other regions experienced economic growth while it stagnated. Using Brazil, by far the biggest country and economy in the region, as an example is illuminating. In 2015, gross domestic product (GDP) was -3.6%, -3.5% in 2016 and in 2017 the country exited recession with growth of just 1%. 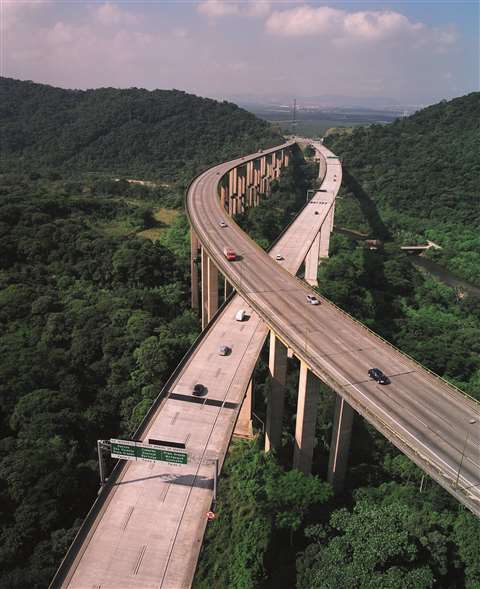 The Brazilian government announced an investment of approximately $36 billion to resume 7,000 construction projects, including roads

With Brazil traditionally making up a sizeable percentage of all South American construction equipment sales, the state of the largest and most populous country in the region plays a significant role regarding the health of Latin America.

The Inter-American Development Bank (IDB) has stated that for Latin America it expects a growth rate of 1.9% in 2018, well below the global growth rate of 3.9%, although this should rise to an average of 2.6% between 2018 and 2020. One of the ways for growth to increase is through infrastructure, an area in which the region, especially Brazil, is lacking.

An International Monetary Fund (IMF) report from a few years ago summed it up by stating, “Brazil’s infrastructure stock and its quality rank low in relation to comparator countries. Brazil’s rankings have been low over the last decade and have generally worsened over the past five years.”

The Brazilian government announced at the end of 2017 an investment of approximately R$131 billion ($36 billion) to resume 7,000 construction projects. The scheme, known as Agora é Avançar (time to move forward), aims to resume and complete previously stalled works by the end of 2018. The works included in the programme cover areas ranging from education to housing and infrastructure.

One of the biggest infrastructure projects in Brazil is the construction of a 1.5GW combined cycle power plant located near Aracaju in the state of Sergipe, which will be the largest thermal power station in Latin America.

The plant will supplement hydropower during dry seasons and help to meet the increasing demand for electricity in Brazil’s Northeast Region. Additionally, the plant is scheduled to deliver power to 26 committed off-takers for 25 years. It is expected to be completed by 2020.

The economic situation is looking much improved in Argentina, with the country’s GDP growing 2.9% in 2017, following a 2.2% contraction in 2016. The government’s 2018 budget estimated growth this year of 3.5% and a poll conducted by the National Institute of Statistics and Censuses showed that the percentage of respondents expecting the demand in industrial production to rise increased to 45%.

In November 2016, the Argentinian government passed a law permitting public-private partnerships (PPP) for infrastructure projects that would previously have been undertaken by the state. The law includes provisions that limit the state’s prerogatives under public law. For example, they limit the state’s right to unilaterally terminate a contract, protect private investors and favour financing.

“Argentina and many others are facing both budget constraints and financing constraints,” Argentinian finance minister Luis Caputo was reported to have said at an IMF and World Bank meeting. “It’s not a surprise then that PPP programs have taken the lead now in many countries.”

Italian contractor Salini Impregilo has started work on a $450 million tunnel project in Buenos Aires, part of the biggest public works in Argentina. The 12km tunnel will pass beneath the Riachuelo River and is intended to return urban wastewater to the river, downstream of the planned Riachuelo treatment plant.

The work to be undertaken by Salini includes a 10.5km tunnel with an internal diameter of 3.8m, a 50m-deep load shaft at one end of the tunnel, as well as a return shaft at the opposite end, and a 1.5km-long diffuser system, anchored in the river bed.

The tunnel will be dug at a depth of 40m, in the bed of the river, using a double-shielded tunnel boring machine (TBM) with an internal diameter of 4.1m. In total, Salini anticipates moving around 550,000m3 of earth and utilising 7,000m3 of concrete on the project.

The tunnel development will enable the decontamination of the Riachuelo river basin, which has been affected by industrial activities, including paper mills and tanneries, which have been dumping process by-products into it for many years. 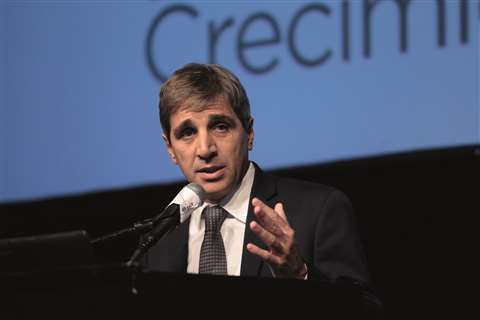 Elsewhere in Argentina, two nuclear reactors are being built at an estimated cost of $13 billion – the construction is scheduled to take ten years. A new Candu reactor with a capacity of 720MW will be built by Canadian company SNC-Lavalin’s Candu Energy unit and Argentina state nuclear company NASA. A second project is for a 1,150MW Hualong One reactor to be built by China National Nuclear Corp (CNNC).

Financing for the projects will be provided by Chinese institutions to the tune of 85%, with 15% provided by the Argentine government.

Plans were unveiled at the start of the year by the Chilean government to create a state-owned company to manage capital for infrastructure projects. The company, Fondo de Infaestructura, will be 99% controlled by the treasury and 1% by the state-developed agency Corfo.

Intended to spur public works investment, by facilitating the state’s participation in PPP, and kick-start the economy, the company will initially have a fund of $9 billion. It is expected that, by being more removed from political influences, the company will be able to proceed more quickly with contracts for large new projects.

Construction of a different kind is underway in Chile – the Extremely Large Telescope (ELT) is being built in the Atacama desert. Being built at 3,000m above sea level in Chile’s northern desert, the driest in the world. The main mirror of the ELT alone will span approximately 39m.

The construction company building the mammoth telescope is ACe Consortium, which consists of Astaldi, Cimolai and sub-contractor EIE Group. Work is expected to be completed in 2024, by which time the entire machine will be 80m high. The telescope mounting and tube structure will have a total moving mass of more than 3,000 tonnes. 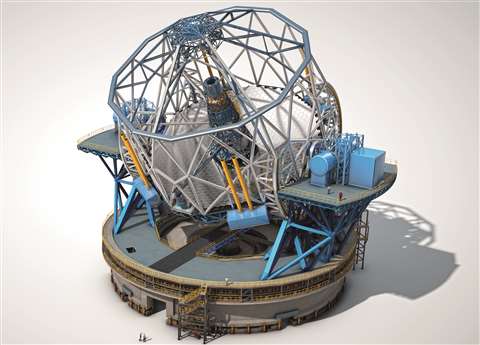 Columbia has attracted $18 billion in investment in 32 road toll projects using PPP programmes. One of these is the Bogotá-Villavicencio road concession, which has closed with a financial package of COP1.6 trillion ($562 million).

The project involves the operation and maintenance of the existing 85km road linking Bogotá to Villavicencio in the south-east, and the construction of a 22km dual carriageway.

The project is expected to cut journey times between Bogotá and Los Llanos by up to one and a half hours. The contract was awarded to Coviandina, a special purpose company created by Episol and Concecol, and construction is expected to be completed by March 2022.

The project is part of the Colombian government’s national infrastructure development programme: the 4G (fourth generation) Toll Road Concession Programme. The programme consists of 40 projects that will cover approximately 7,000km of toll roads and require an investment of around COP47 trillion ($16.5 billion) to construct.

Staying with roads, the government of Paraguay has been granted $160 million by the Inter-American Development Bank (IDB) for the refurbishment of National Route 9 (RN9). The 761km road – also known as La Transchaco – connects the  country’s capital Asuncion with the border between Paraguay and Bolivia.

It crosses the economically important agro-livestock region of Chaco and helps to connect Paraguay with the ports of Chile and Peru, making it a key corridor for both intra-regional and global trade.

On average, 1,500 vehicles use the road per day – 50% of which are mid-sized and heavy trucks. The money will be used to improve the stretch between Cerrito and Mariscal Estigarribia. 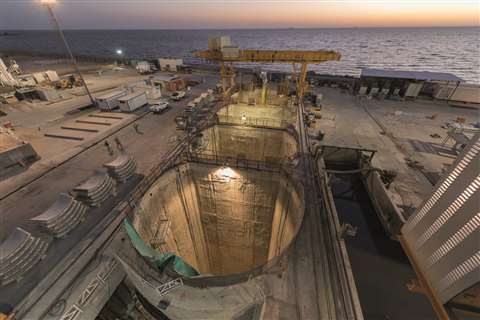 Another transport project in the region is the Bioceanic Railway Integration Corridor (CFBC). The scheme, which is expected to cost approximately $10 billion, will depart from the west of South America, in the Peruvian port of Ilo and, after touring the center of Bolivia, will end up in the Brazilian port of Santos. It would effectively cut from west to east across Latin America.

The 3,000km route has been called by some ‘the Panama Canal of the 21st century’. The project is still in the planning phase, but Bolivia, Peru and Brazil have all agreed to it, with landlocked Bolivia spearheading the necessary research into the commercial prospects, environmental impact and construction. The project would also make it far cheaper to transport commodities from Latin America to the important market of China.