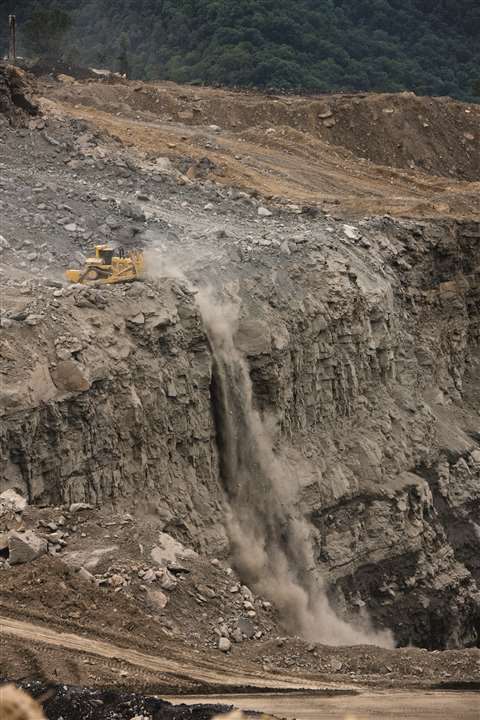 Quarrying and mining equipment consists of a large range of products, from the truly gigantic to small devices, including excavators and dozers, with mining and quarrying placing different demands on equipment. However, all equipment needs to be durable, reliable, and to be able to perform efficiently and meet the demands of quarrying and mining.

Growth in mining and quarrying

Global demand for underground mining machinery is forecast to increase 4.0% per year from 2018 to 2022, according to information provided by the Freedonia group. This growth will be mainly driven by rising metals prices and increases in metals mining output, which frequently utilises underground methods.

The rising mechanisation of China’s coal mining sector is also cited as a reason for increased demand, with the report predicting that this increasing mechanisation will be supported by various government initiatives, including the closure of numerous outdated, smaller mines.

This data is supported by information provided by Global Market Insights – the company produced a report predicting that the value of the mining equipment market will exceed US$95 billion by 2024. 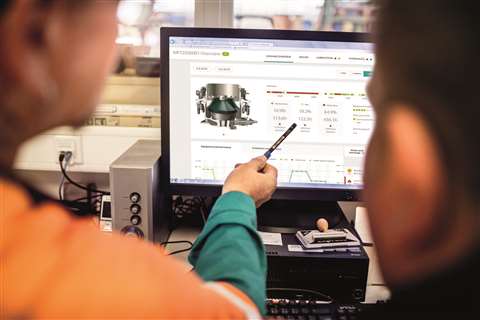 Metso says that a connected mine leads to more productive operations, higher equipment reliability and a safer work environment

In other industry news, Metso has completed its acquisition of HighService Service, the service division of the Chilean mining engineering, construction and technology company HighService Corp.

HighService Service offers its customers a variety of services from maintenance to commissioning and remote monitoring. The company has approximately 1,000 employees and operates in Chile, Argentina and Brazil. The acquisition was announced in January 2019 and was approved by the Chilean competition authority in March.

Metso is a company with a strong emphasis on developing new technology. Speaking about the opportunities in this sector that technology provides, a spokesperson from Metso said, “The connected mine has great promise of significantly more productive operations, higher equipment reliability, and an overall safer workplace.

“Building the connected mine piece by piece, starting from the mine’s most important pain-points, will provide the quickest and most secure return on investment. For example, improving the uptime and utilisation of critical equipment or adding a proximity sensing solution to avoid collisions between mobile equipment and humans.”

As seen above, new technology is heavily influencing quarrying and mining equipment. Another example is Caterpillar’s remote control for mining dozers.

Command for dozing enhances safety and efficiency by enabling an operator to control the dozer nearby by using a portable console or an operator station. With the addition of video and sound to the system, the remote operator station can be used in a distant location. 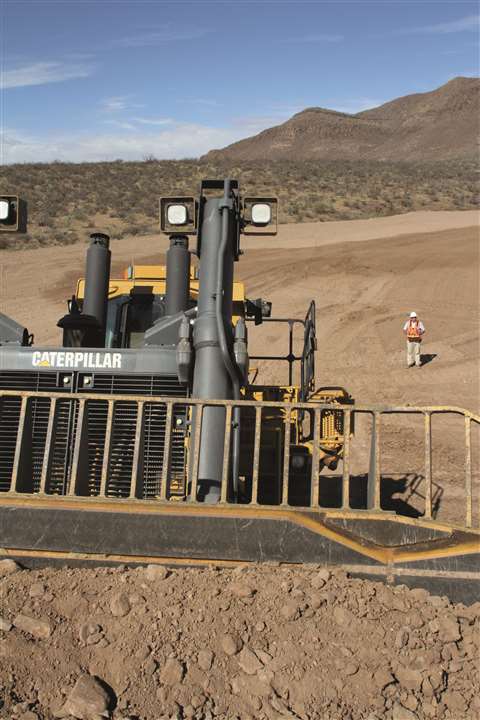 A Caterpillar mining dozer being operated by remote control

Remote operation allows dozers to be used in any situation that presents potential safety and health hazards, as well as enabling a dozer to continue production immediately after blasting, rather than waiting for the air to clear.

The Command for Dozing system is said to be proven in thousands of hours of operating Cat D10T and D11T dozers working at mines around the world.

The over-the-shoulder console is recommended for short-duration activities such as cleaning up near highwalls and road cuts, stabilising slides and working in any area that poses increased risks. Line-of-sight control distances can be as much as 400m.

The remote operator station is modelled on the actual cab of the machine. The system can be equipped for line-of-sight operation or for tele-remote operation with the addition of video and audio feeds from the site and dozer.

At Bauma Munich industry heavyweight Liebherr presented a range of intelligent assistance systems for selected wheeled loaders. The company say that several of these systems, such as the new weighing device and the new joystick steering, increase the productivity of wheeled loaders working in quarries.

When working in a quarry, operators often have to deal with short loading cycles; the new joystick steering is said to increase the comfort for the machine operator with the intuitive operation of the joystick enabling the operator to steer accurately and without fatigue, as its position always corresponds to the wheeled loader’s current articulation angle. The new weighing device works automatically and provides the operator with information on the current loading operation. 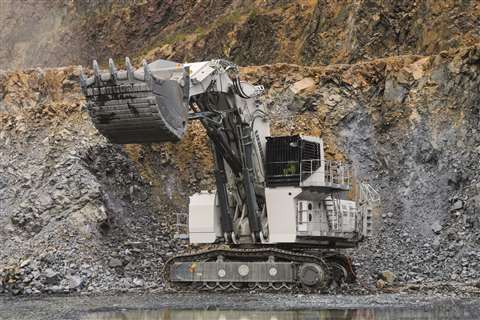 Liebherr has also recently presented an electric mining excavator, the R 9200 E. This is a 100% electric driven 210 tonne excavator with a rated output of 850kW. According to the company, the 9200 E balances performance with environmental consciousness and has up to 25% less maintenance costs compared to a diesel excavator. A cable reel option is available for all electric drive excavators; this is autonomous and has a capacity of 245-300m, depending on the excavator type. 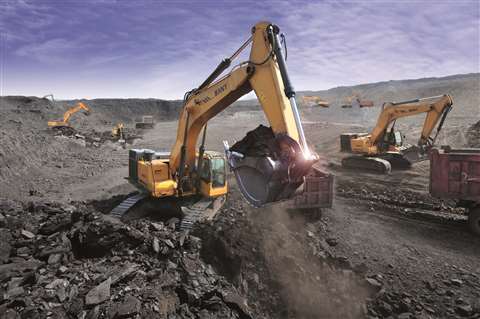 Sany is one of the world’s leading excavator manufacturers

China-based Sany’s most popular excavator among its larger models is the SY500H. The 50.5 tonne excavator is said by the company to have economised fuel consumption and is equipped with an independent cooling system, which prevents low efficiency which can be caused by high temperature. It is powered by an Isuzu 6WG1X engine and the running time for structural components is said to be more than 15,000 hours. 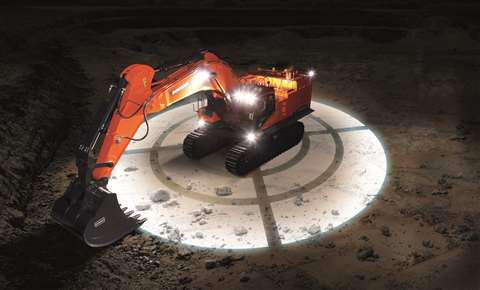 A recent launch in this segment is the DX800LC-5B 80 tonne crawler excavator from Doosan Construction Equipment, said to be designed to meet the needs of heavy-duty mining and quarrying applications as well as major infrastructure construction projects.

The long carriage design, in combination with the undercarriage expanded to its maximum working width, is said to offer stability and safety in all kinds of digging, lifting and loading applications. The excavator has a new 358 kW diesel engine, an advanced and intelligent hydraulic system (ecoPower) and an Electronic Control Unit which serves to optimise the performance of the diesel engine to achieve the maximum fuel efficiency. 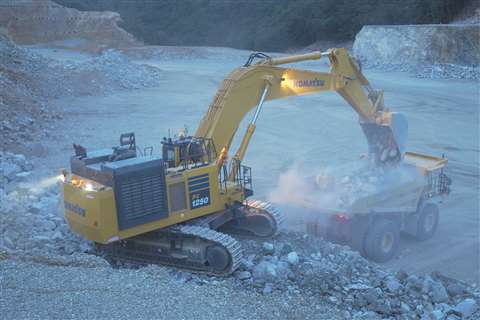 The new PC1250SP-11 and PC1250LC-11 are said by Komatsu to feature increased power, improved production, and a new single Power + operating mode. 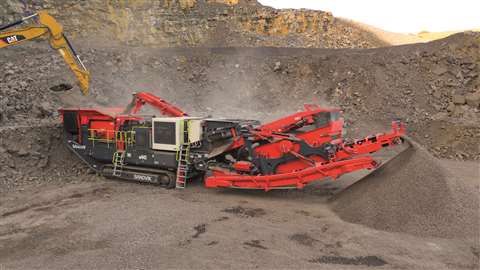 Sandvik Mobile Crushers and Screens has launched its latest upgrade in the 2 Series product offering with the launch of the new QI442 Impactor.

This latest addition features the newly developed CI621 Prisec Impactor, which is said have innovations for improved efficiency and greater safety during maintenance, as well as being able to operate in either primary or secondary crushing modes.

Like previous Sandvik Prisec impact crushers, the new CI621 can be configured to work as either a primary or secondary machine, whilst the two hydraulically assisted curtains can be adjusted to produce a wide range of product sizes.

The new CI621 is said to include further enhancements focused on increased safety during maintenance and serviceability. These include a new rotor position and locking device, new hammer locking wedges for quicker removal and fitting, and a new wedge removal tool to provide safer installation and removal. 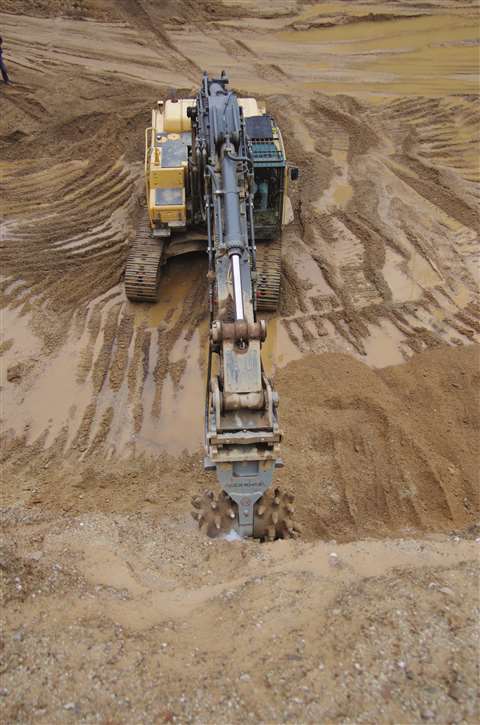 German-based Kies-Hector has been mining ‘natural concrete’ with a Rockwheel D30 Cutting Unit on a 36 tonne excavator, and says that this cutting technology has greatly improved its output.

The gravel-sand-conglomerate in the middle bunter sandstone is being mined in the open-cast mine belonging to August Hector KG, near Saarlouis-Lisdorf in Germany. The bed has a thickness of 60m and below it are layers of carbon.

For decades scarifiers have been used to mine the highly abrasive material in the open-cast mine. “The wear and tear was enormous. The extreme impact also placed huge stress on the excavator’s mechanics and the driver,” said Andreas Fink, technical operations manager.

A gearless Rockwheel D30, 120mm wide with a cutting unit with direct drive and an output of 110 kW, was used. The two excavating drums were equipped with 60 wear-proof special picks for use in highly abrasive gravel-sand conglomerate. These picks have a smaller ‘head’ and larger ‘bodies’ than slimmer traditional mining picks.

After just a few hours, the benefits of the cutting technology were said to be clear. Cutting provided a better solution for removing rock from the steep face of the quarry and the bolts on the excavator boom were exposed to less mechanical stress.

The future of mining equipment 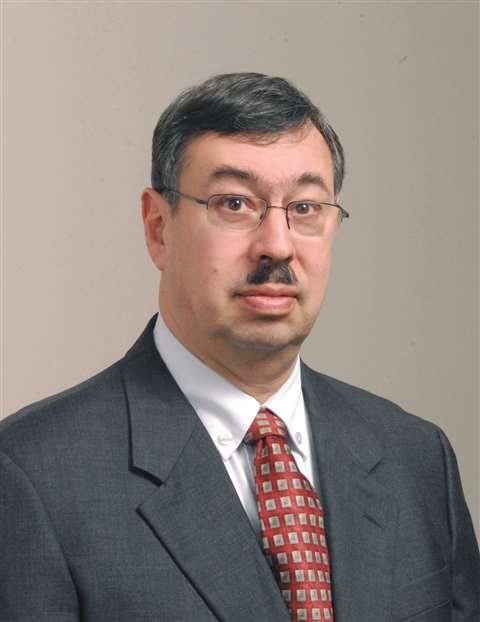 What are customers looking for with quarrying and mining equipment?

Mines and quarries are focused on efficiency, so Total Cost of Ownership is key. Reliability, productivity, efficiency and durability are all core requirements. In addition, customers are becoming more interested in ease of operation as skilled labour becomes more difficult to find. A good example of this is the trend in the off-road industry to move to electro hydraulic (EH) braking systems. These systems lend themselves to less skilled operators as they make it easier for operators to control the braking force and, of course, EH opens up the possibility of more complex systems and automation.

How has new technology affected this sector?

New technologies tend to be applied first in high volume applications where investment and reliability testing can be spread across a large population of machines, or in larger equipment where the incremental cost is quite a small part of the total vehicle cost. As these technologies mature they move down the value chain. We are seeing more new technologies moving down into mining equipment used in quarries and small mines.

Hydraulic mining excavators and wheeled loaders are moving to complete EH control. This makes cycle optimisation and automation easier. We see a lot more automation coming to the mining sector in the near future. These proven ‘new’ technologies will continue to migrate to smaller mining equipment.

Smaller mines and quarries are typically congested work areas. This complexity will constrain moves towards autonomous vehicles, as it is more difficult to operate autonomously with other unknown vehicles and people on the jobsite, but will not stop the expansion of autonomous machinery.

Automation technology is transforming the mining industry, such as the updated SmartRoc D65 drill rig from Epiroc. 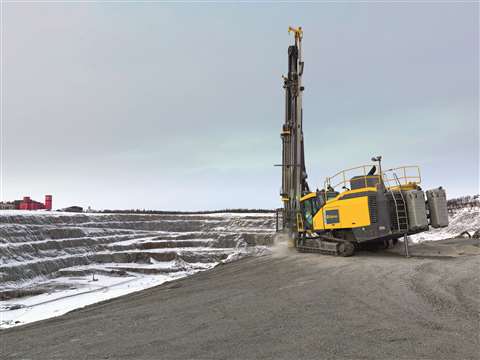 “The SmartROC D65 really proves the power of autonomous machinery and brings the future of mining within reach today,” said Mattias Hjerpe, global product manager, Epiroc. “Automation is revolutionising the industry, and we want our customers to remain at the forefront to secure the rewards.”

The SmartROC D65 is available in three different feed beam sizes to carry five, six or eight-meter pipes, and has the capacity to drill down to a depth of 56m. When using 8-meter pipes, it is possible to drill 16-meter production holes with just one rod adding. The added power of the COP M7 hammer enables the SmartROC D65 to drill holes up to 110 to 229mm in diameter. Due to the intelligent control of compressor load and engine rpm, the SmartROC D65 is said by the company to help to optimise the blasting process with improved fragmentation.