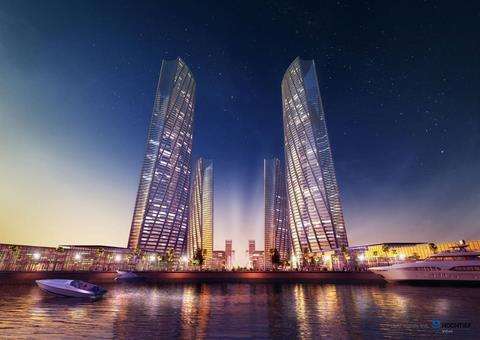 Qatar is set to abolish the ‘kafala’ system for migrant workers, which is commonly used for those working on construction projects.

Under the system all unskilled labour workers need to have a sponsor from Qatar in order to get a visa. However, this often means that the worker is not in charge of their own passport and is exploited as they can’t move jobs or leave the country without the approval of their employer.

According to the International Labour Organisation, a UN employment rights agency which has been working on reforms with the Qatar government since 2017, ministers have agreed to end kafala and also introduce a non-discriminatory minimum wage, which would be the first in the Middle East.

Qatar’s labour and social affairs minister is reported to have said that the state’s Council of Ministers unanimously endorsed new legislation allowing workers to change jobs freely without a “no objection certificate” from their employer, and to leave Qatar without an exit visa.

These requirements have trapped many migrant workers in slave-like conditions when their wages are cut or stopped, leaving them unable to change jobs or go home.

These changes would take effect from 1 January 2020, meaning it would be in place for the FIFA World Cup when hundreds of millions of people around the world will be watching the games in Qatar on television.

It has been estimated that Kafala systems affects over 20 million migrant workers across the Gulf region and two million in Qatar.

In August hundreds of migrant workers went on strike in Qatar protesting against poor working conditions, months-long wage delays and the threat of reduced salaries.

A report recently revealed that there are more than 1,000 planned and un-awarded projects worth approximately US$150 billion in the pipeline in Qatar.