Plans for new US$400 billion city 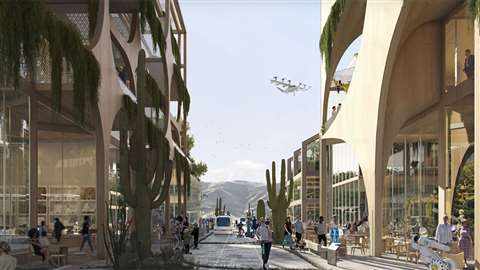 The new city is the idea of entrepreneur Marc Lore

Plans have been unveiled for a US$400 billion new city in the US, devised by billionaire Marc Lore.

The former Walmart executive has unveiled plans for Telosa, a sustainable metropolis that he hopes to create in the American desert. According to the project’s official website, possible locations include Nevada, Utah, Idaho, Arizona and Texas.

Lore has hired architecture firm Bjarke Ingels Group (BIG) to help him with the scheme. However, there are currently no firm details on how the new city would be funded with project organisers merely saying that financing would come from “various sources”.

The first phase of construction, which would accommodate 50,000 residents across 1,500 acres, would cost around US$25 billion. The cost of the whole project is projected at over US$400 billion.

Plans for Telosa are extremely ambitious, but not without some precedent; Egypt is in the process of building a new administrative capital and Toyota has plans for a new city in the foothills of Mount Fuji called Woven City.