Outlook for growth in Chinese construction

China’s economy has struggled, not helped by expanding lockdowns, but new initiatives and infrastructure investment are encouraging some growth, reports Catrin Jones.

China is still facing rising coronavirus cases – in response to this, the government have imposed a fresh series of lockdowns, likely halting infrastructure projects across the country as well as leading to rare displays of public protests. 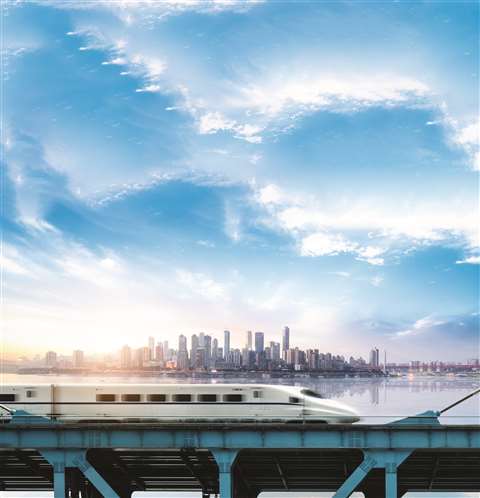 In addition to the challenges caused by the country’s zero-Covid policy, the construction industry has faced increasing pressure over recent months from policies driven to deleverage property developers and further encourage sustainable construction.

Residential real estate developers were forced to deleverage, resulting in construction growth of only 2% in 2021, down from 4% in 2020.

This is slightly below the expectations of multinational banking and financial services company ING, which predicted the country would see growth of construction activity in 2022 of around 3% from infrastructure and affordable housing investment.

Netherlands-based ING also forecasted that residential construction activity will contract in 2022 as some property developers will be unable to fund new construction due to tight liquidity and difficultulties refinancing in the bond and loan markets.

How have lockdowns affected Chinese OEMs?

The rebalancing of Chinese markets in 2023 is dependent on the assumption that there will be fewer and shorter lockdowns next year compared to 2022.

The country continues to suffer from the effects of the pandemic but a leading figure at one of the world’s largest OEMs is optimistic about the recovery of the country’s market.

Mr Jiansen Liu, vice president of XCMG and general manager of XCMG Import and Export, says, “I think construction is recovering in China. The market is recovering a little bit slower maybe than expected, but it is recovering. Next year we will have a good opportunity to grow the business in China.”

Speaking of the company’s recent growth, Mr Liu says that markets outside of China have helped them achieve an impressive export revenue for the first half of the year.

According to the company, in the first half of the year export revenue amounted to CNY12.488 billion (US$1.8 billion), a staggering 157% year-on-year increase.

“Africa, America and Europe have been especially strong, says Mr Liu. “The Middle East has been a bit slow, but it is changing in the second half.

A new type of growth

Mr Shuang Song, Vice General Manager of China Railway Construction Heavy Industry Corporation Limited (CRCHI), agrees with Mr Liu in recognising that growth in the Chinese market has slowed, but that the country’s push for new growth is encouraging. 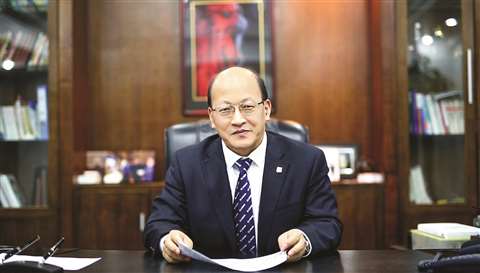 “Back to ten years ago, we had a booming internal market with over 40 cities. At that time, China’s underground construction was taking 70% of the global construction volume, and that gave us a particularly good opportunity to develop the technology that we have now,” says Mr Song, adding that, “The Chinese market used to be very vibrant.”

The strength of the market in recent years has enabled CRCHI to develop its business to a level that can weather the rougher seas of the current market.

Despite the Chinese market being slower at present, Mr Song says that the country is regaining strength by introducing new projects such as improving traffic conditions in remote areas – specifically through the construction of railways and underground construction. 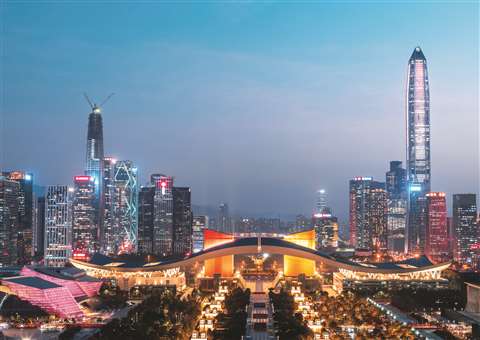 The country has turned to state-led initiatives to help bolster the economy in the hopes that mega infrastructure projects will stimulate local business and create more jobs.

One example of this is the Sichuan-Tibet railway – the second rail link between Tibet and hinterland provinces after a connection with Qinghai was launched in 2006.

Connecting Chengdu, the capital of Sichuan province, and Lhasa, the capital of Tibet autonomous region, the project is expected to reduce travel time from 36 hours down to just 13 hours.

State-owned China Railway Group has listed it as a key strategic project and, with backing from President Xi Jinping, it is viewed as the top priority for China’s railway infrastructure.

China has, by far, the world’s largest network of high-speed railways at an estimated 38,000 kilometres. Over recent months, the country has been accelerating approvals for rail projects to bolster the nation’s economic growth post-pandemic.

China State Railway held a meeting in September and decided that rail projects currently under construction will be accelerated, whilst new projects will be pushed to enter their construction stage. 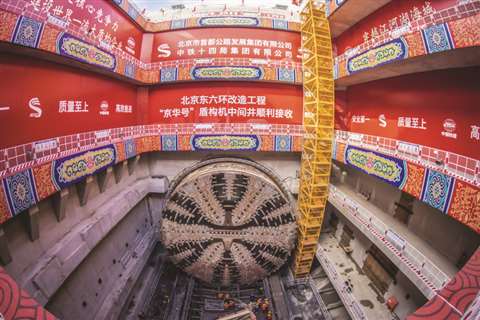 According to media reports, there were as many as 20 railway projects under construction as of late September with the number surpassing 30 if new rail projects due to start before the end of this year are included, with an estimated total investment of CNY1.4 trillion (US$195 billion).

The Ankang-Chongqing section of the 653km Chongqing–Xi’an railway in the west of the country will begin work in the next few months.

Construction on the line began in June last year, and the latest section is said to have been approved by the Ministry of Ecology and Environment.

Other projects that will start in the next few months include the North Chang Jiang link between Shanghai and neighbouring Jiangsu and Anhui provinces and the Chengdu–Dazhou–Wanzhou railway connecting southwestern Sichuan province with Chongqing in central China.

Figures from the National Railway Administration state that capital investment in China’s rail sector fell 4.2% to US$107 billion in 2021, an eight-year low. Between January and August 2022, year-on-year spending fell a further 4.4%.

Whilst rail infrastructure projects are well underway, the same pace is similarly being adopted in the construction of roads and highways.

It has been reported that a total of 299 new expressways and national and provincial highways – with a length of 9,645km, according to the Ministry of Transport (MOT) – have started across the country since the start of the year.

The total investment of these projects is reported to have hit CNY882.6 billion (US$123 billion), Gu Zhifeng, an MOT official, told a press conference.

Zhifeng stated that the ministry would continue to intensify efforts on expanding effective investment and accelerating the implementation of major road projects to better leverage the role of key projects in stabilising economic operations. 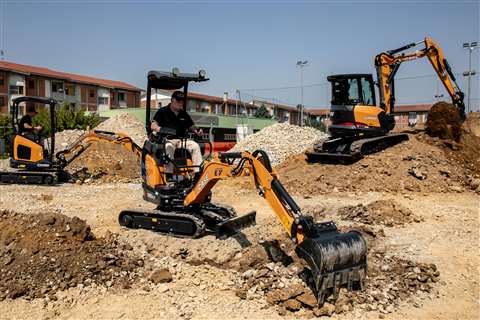 The Beijing East Sixth Ring Road Reconstruction Project in China has recently reached a breakthrough with CRCHI’s mega slurry tunnel boring machine (TBM), named ‘Jinghua.’ This is reported to be the largest shield machine in China with a maximum excavation diameter of 16.07m, length of 150m, and total weight of 4,300 tons.

The slurry TBM excavated 4,772m and reached the intermediate air shaft just 16 months after its initial excavation overcoming technical difficulties, such as the initial excavation with shallow overburden and long-distance crossing of high-density sand layers. Its record excavation in a single month is 542m.

The TBM will conduct a second excavation after inspection and maintenance in the intermediate air shaft and will continue to excavate 2.6km forward.

The Chinese economy is beginning to recover from the effects of the pandemic as new projects are pushed forward.

Looking ahead to 2023, ING anticipates the construction industry value-added should rise to CNY8.75 trillion (US$1.2 trillion).

Rail and road infrastructure are being heavily invested in by the government, and the Belt and Road Initiative is encouraging growth outside of its borders, but not as rapidly as previously.

ING adds that, whilst next year will see growth, it will be slower than in previous years at nominal GDP growth of around 7.9% for the year.

US$15 billion on ‘green’ construction pilots 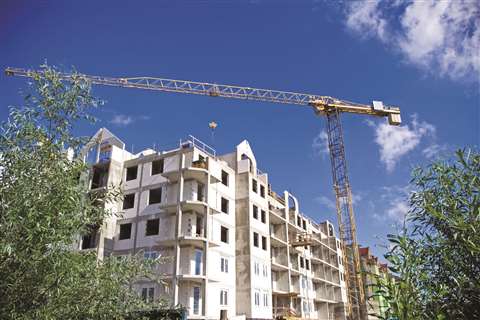 The Chinese government is reported to have spent US$14.84 billion on green construction projects in a bid to reduce the pollution associated with buildings.

The country also spent a further US$787 million on green construction materials for renewable building projects.

In 2020 the government designated new public procurement projects in six cities as pilots for the use of new renewable construction methods. It is reported that this meant they would require contractors to use techniques such as prefabricated and intelligent construction. 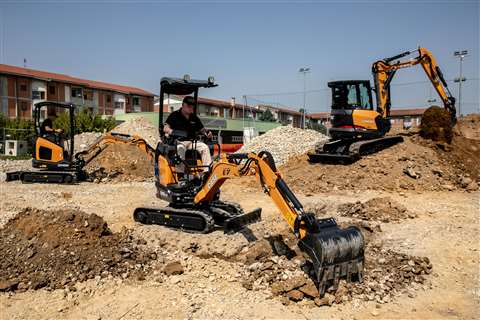