A metro overpass has collapsed in Mexico City onto a road, killing at least 24 people.

The accident happened near the Olivos station on line 12 in the south-east of the city. The elevated section was 5m above the road and was supported by concrete pillars. 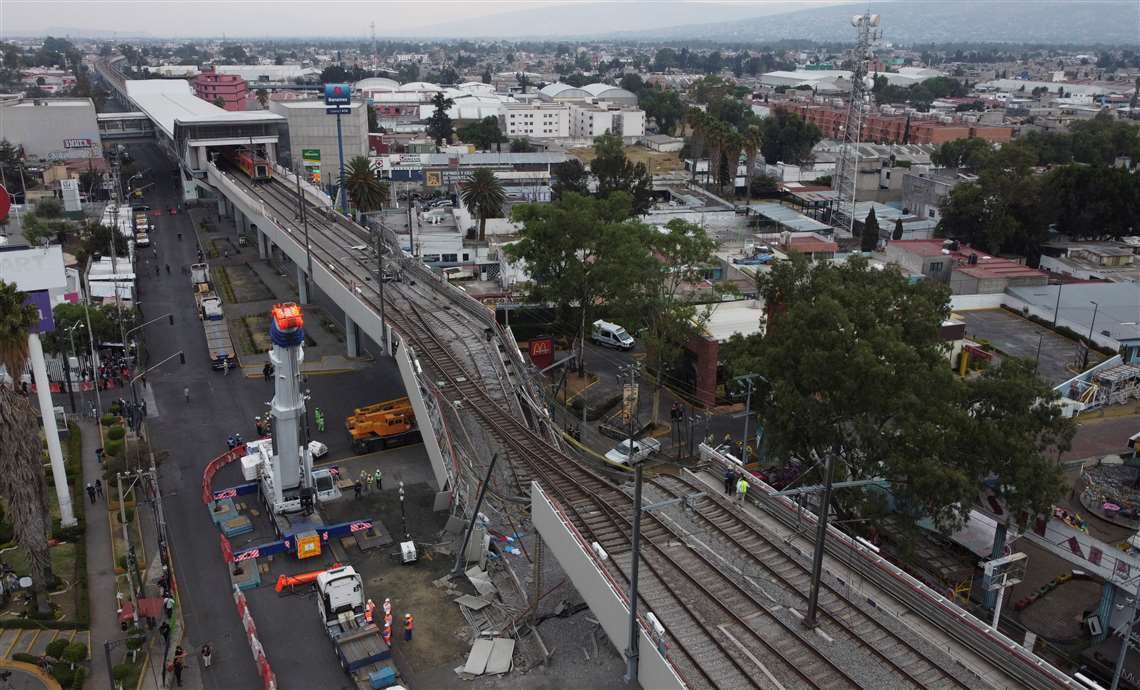 View of the damage caused after a railway overpass and train collapsed onto a road in Mexico City, (REUTERS/Carlos Jasso.)

Mexican authorities have promised a full investigation into the collapse, with President Andrés Manuel López Obrador saying that “nothing would be hidden.”

The line was inaugurated in 2012 – according to reports, there has previously been concerns raised about structural failures of the line. Elevated parts of the line, including the collapsed overpass, were closed for multiple repairs in 2014.

The line was built by a consortium including Carso, ICA and Alstom.

Fernando Espino, secretary-general of the union representing metro workers, said the incident was related to a construction problem.

“This is a structural failure... We don’t know if it’s related to the material with which this [section] was built. We need to see what happened,” he said, according to El Universal newspaper.

Mexico City’s metro system is one of the most used in the world – in North America, only New York’s subway carries more people every day.

View of the damage caused after a railway overpass and train collapsed onto a road in Mexico City, (REUTERS/Carlos Jasso.)
Previous Next ×