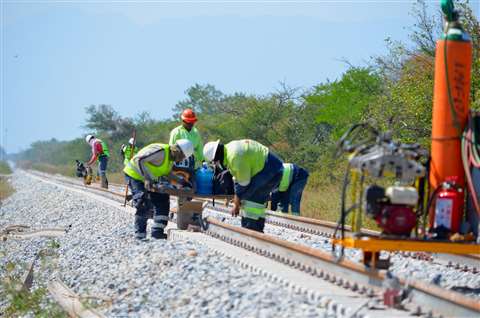 It consists of the renewal of 39km of track and ballast, as well as 17 escapes and 12 turnouts, all included in the section that runs from Pantitlán to Observatorio, both on main and secondary tracks and shunting areas.

The contract also includes the supply of material such as sleepers, fastenings and ballast, as well as the rehabilitation of the electrical systems, air conditioning in the technical rooms of the stations, pumping wells and their hydraulic systems, and minor structural repairs.

The works to be carried out by Comsa are part of a long-term services contract (PPS) between the public entity Sistema de Transporte Colectivo (STC) and the Chinese company CRRC Zhuzhou Locomotive, which includes the comprehensive modernisation of trains, as well as the control system and tracks of Line 1 of the Metro.

It was announced last month that Mexico City prosecutors have brought criminal charges against ten “individuals and companies” after 26 people were killed by the collapse of an elevated metro line in May.