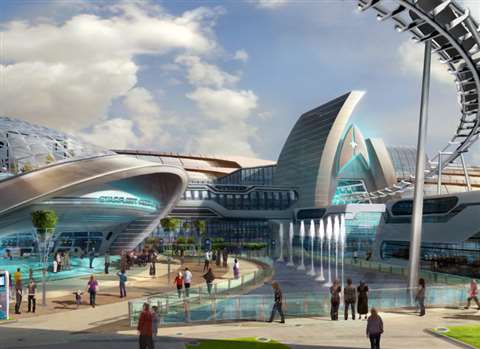 The first major steps towards delivering the planned £2 billion (€2.5 billion) Paramount Park entertainment resort in the UK have been taken with Lafarge Tarmac agreeing to sell land required for the site.

Located in the Swanscombe Peninsula, Kent, the 157 ha site had formerly been the country’s largest cement works. It is now set to be transformed into a major attraction and commercial site.

Known as London Paramount Resort, the project will include a range of movie-based attractions from the US-based studios, sports facilities and hotels with accommodation for 5,000 people. The site is forecast to have around 50,000 visitors a day.

Its developers London Resort Company Holdings have forecast it will rival other major European attractions including Disneyland in Paris and it has been officially designated as a nationally-significant scheme by the UK government.

Construction tenders are expected for the project in the first half of 2015, with a development consent order scheduled to be placed this autumn and projected completion date of Easter, 2020.

“We are proud to be part of this exciting project. This is a fitting legacy for land which has been owned by Lafarge Tarmac for over 140 years.”