Komatsu has expanded its range of hydraulic breakers with two new product lines to meet the growing demand in the North America region. 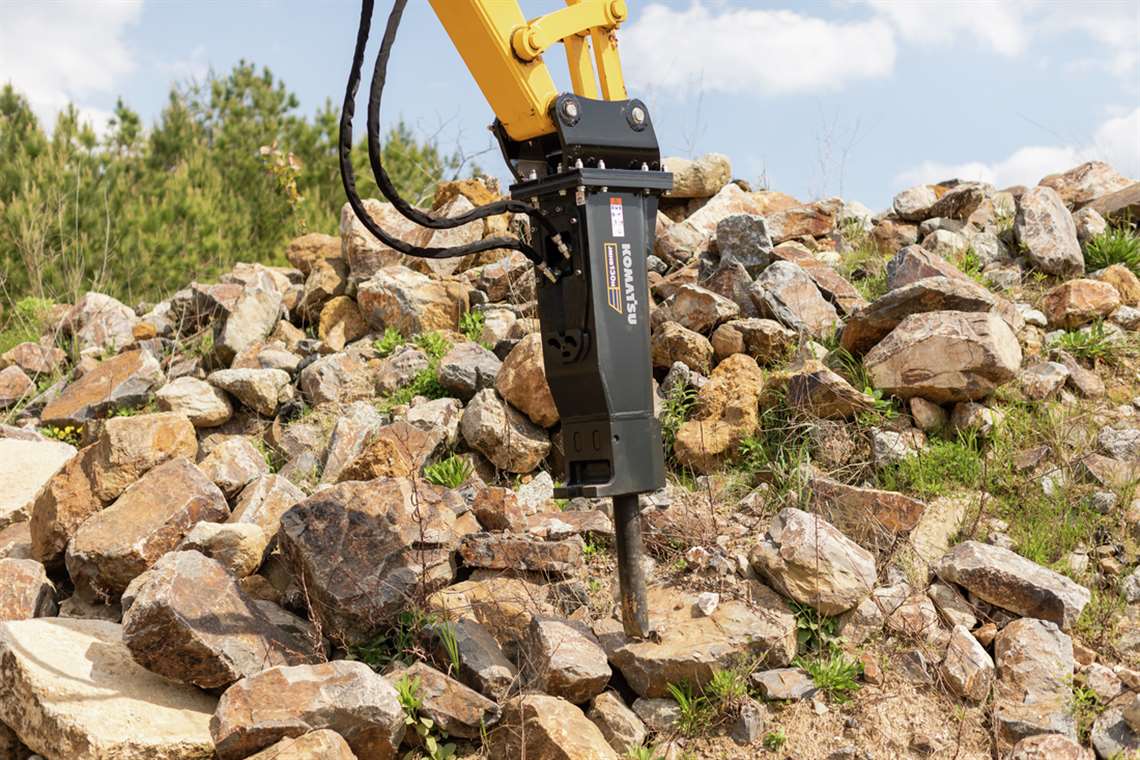 Komatsu said: “The breakers have an accumulator that eliminates hydraulic pump cavitation to prevent flow surges back to the carrier hydraulic tank.

Described as “compact yet powerful”, the H-series models are accumulator-type hydraulic breakers that can demolish a range of rock and concrete types.

H-Series models incorporate a single power cell that eliminates the need for heavy tire rods. This allows for a better weight-to-power ratio and means the attachment can used on more compact excavator models. 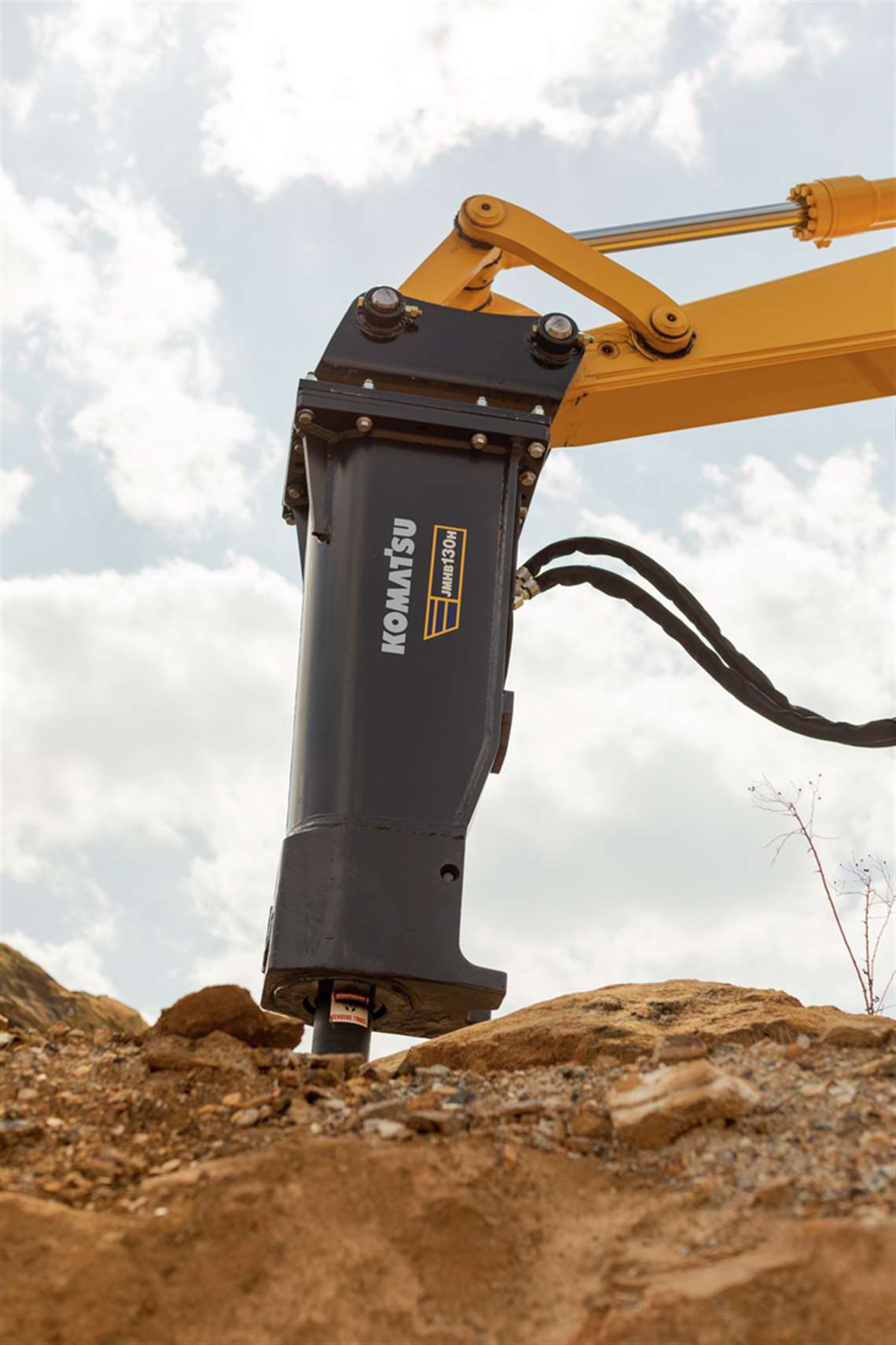 They also feature automatic lubrication and sound dampening housing for use on low-noise urban jobsites and to help prevent damage to the excavator booms and housing cracks.

The eight new JTHBG series models have a hybrid design that uses hydraulic flow and pressure combined with a chamber filled with nitrogen to create the strike energy.

According to Komatsu, this lower hydraulic pressure spikes by recycling high-pressure oil to provide more energy with a lower flow.

Both of Komatsu’s new attachment series come with a one-year warranty.