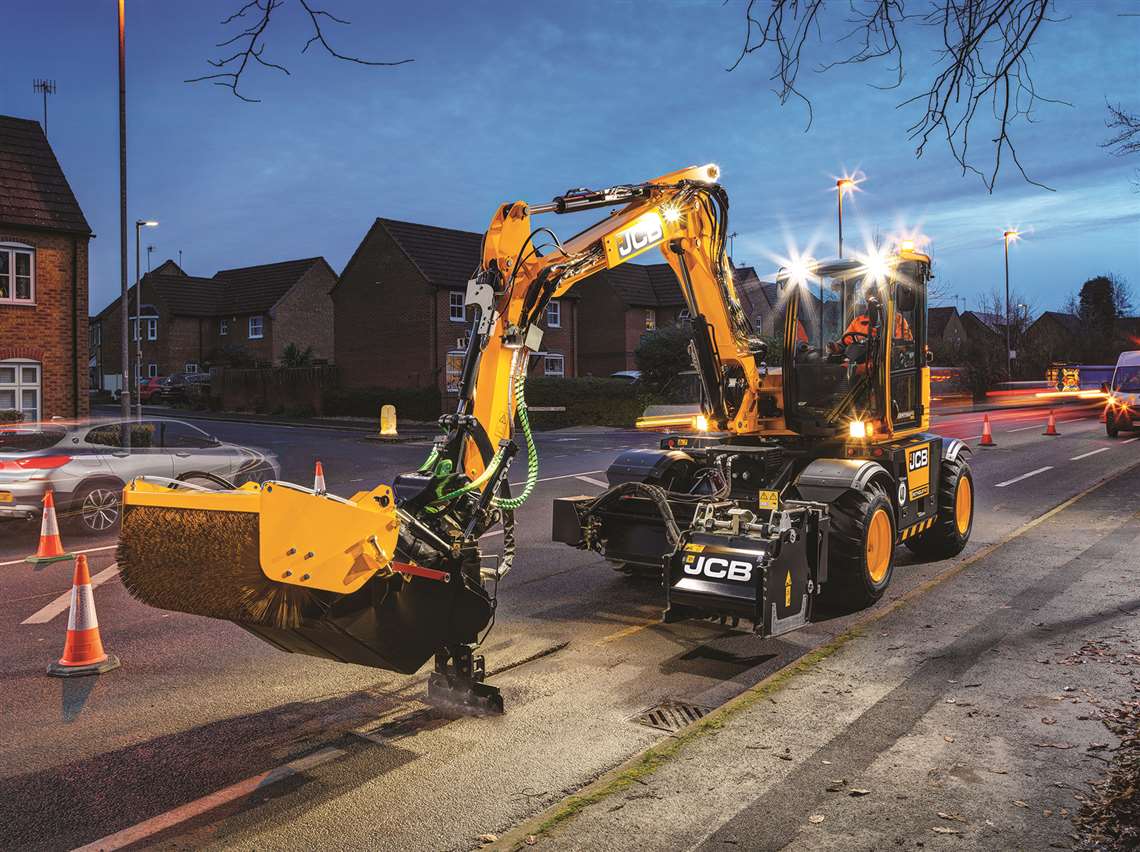 JCB’s recently unveiled PotholePro, based on its Hyradig wheeled excavator

British OEM JCB has unveiled the PotholePro, a machine which it says can repair potholes four times faster than standard methods, and at approximately half the current cost.

Based on the company’s Hydradig wheeled excavator (with adaptations including enhanced hydraulics), the PotholePro has three primary attachments: a planer, fitted with an integrated dust suppression unit; a 600mm hydraulic cropper tool; and a 1.2m-wide sweeper and bucket. The latter two attachments are mounted on an X12 Steelwrist tiltrotator, which is fitted to the machine’s two-piece boom.

Tim Burnhope, JCB’s chief innovation & growth officer, said the new machine was capable of fixing potholes in eight minutes, at an average cost of approximately £30 (€33) per pothole, as opposed to the standard £60 (€66).

He added that, as well as promising greater productivity and efficiency, the PotholePro would bring energy reductions, better recycling opportunities and greater safety, with a reduction in the need for workers on site.

At its virtual launch event, JCB said the PotholePro, which has been field-tested by Stoke-on-Trent council in the UK and specialist pothole contractors, is able to prepare up to 250m2 of roadway in a single shift.

The machine, which has a maximum travel speed of 40kph, is designed to cut down to a maximum depth of 170mm (potholes have an average depth of 40mm), before the crop tool is used to square off the edges of the damaged area. Following the cleaning and clearing of the hole, the machine moves on, with a second team tarring and compacting the area.

Although no date was announced for the PotholePro to go into production, Burnhope said the company was “ready to go” in terms of fulfilling orders from councils and contractors, following the UK chancellor’s pledge of £1.6 billion (€.177 billion), to fix potholes on British roads.

JCB said the machine has been working on roads in Stoke-on-Trent for a number of months and completed 51 road repair jobs in 20 days, which would have taken a team of up to six operatives 63 days to complete normally.

The AA (Automobile Association) recently produced a report in which it said £11bn-worth (€12.2 billion) of potholes need repairing across the UK.

The organisation’s president, Edmund King OBE said, “The toll of pothole damage on cars is already breathtaking. However, as more people take up cycling due to avoiding public transport in the pandemic and if e-scooters are legalised, then sorting our poor road surfaces becomes more important than ever. JCB has taken the initiative to fix these problems, and we’re excited to see its new PotholePro take to the streets.”

The PotholePro will initially be available only in the UK, but JCB said it has seen interest in the machine from Europe and does anticipate a European rollout in the future.

It will be CE marked, as well as carrying the new UKCA (UK conformity Assessed) mark, so machines will be able to operate in both the UK and wider Europe.

Follow the link below for more information on the new UK marking system.