It’ll be the biggest ConExpo-Con/Agg ever

It’s official: ConExpo-Con/Agg, the biggest trade show in North America, is getting even bigger. 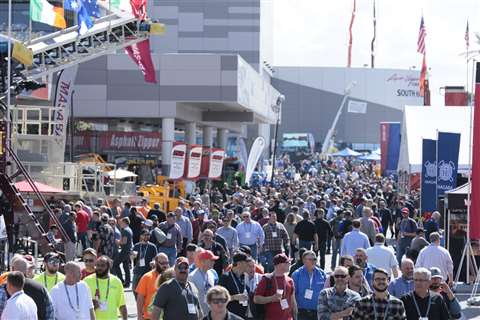 Show organizers have confirmed that ConExpo-Con/Agg 2023 will be the biggest ConExpo ever. (Photo: AEM)

The Association of Equipment Manufacturers (AEM), the organizers of the every-three-years event, has announced that all available exhibit space for the upcoming show has been sold out, guaranteeing the 2023 edition will be the biggest ConExpo in history.

“The addition of the new West Hall and Diamond Lot at the Las Vegas Convention Center gave us, and our exhibitors, a number of new opportunities to show how we are taking the construction industry to the next level,” said ConExpo-Con/Agg Show Director Dana Wuesthoff.

“Now at 2.8 million sq. ft. of exhibits, there’s more for construction pros to see than ever before.”

Despite being the largest ConExpo ever, AEM noted that recent additions to the Las Vegas Convention Center (LVCC) will make it the easiest to get around as well. Beneath the entire LVCC campus runs the Convention Center Loop, an underground transportation system designed by Elon Musk’s The Boring Co. that transports convention attendees throughout the campus in under two minutes in Tesla vehicles, free of charge.

AEM said attendee registrations were also on strong pace, as pre-registrations are nearly double what they were at the same time for the 2020 show.

“This is the event that construction professionals, especially those making company-level decisions, and those needing professional development hours, can’t miss,” said Caterpillar Senior Vice President Phil Kelliher, who is ConExpo-Con/Agg show chair. “Seeing the new equipment and techniques on a screen doesn’t compare to seeing it all in person.

“At the show, you can see the equipment, ask questions of the manufacturers themselves, and really understand what the equipment and education can do for your career and business.”

Registration for ConExpo-ConAgg the International Fluid Power Exposition (IFPE) show held in conjunction with ConExpo-Con/Agg, is currently 30% off with code MEDIA30. AEM advises that construction and fluid power professionals should get their badges before Jan. 6, 2023, to get that discount and have a better pick of hotel accommodations.

For more information or to register, visit www.conexpoconagg.com. 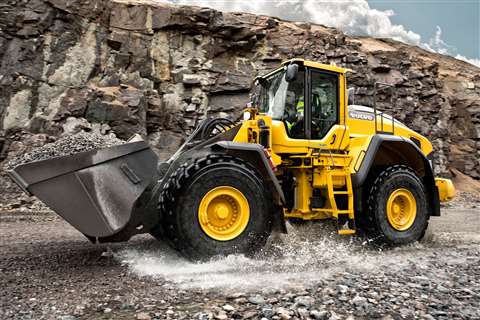