Investigation into collapse of 21-storey building 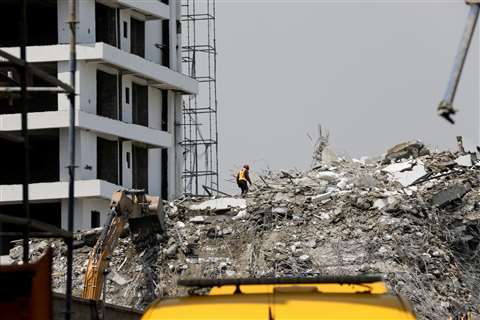 Three days of mourning have been declared in Lagos following the deaths of 43 people in a building collapse. ©Reuters by Temilade Adelaja

The Governor of Lagos State Government in Nigeria has appointed a independent team to investigate the recent collapse of a 21-storey building that killed 43 people.

The building, which was still under construction in Lagos city’s Ikoyi suburb, came down on Monday (November 1, 2021) with workers still on site.

Governor Babajide Sanwo-Olu said, “The inauguration of this panel shows sincerely that the State Government is interested in unravelling and get to the root cause of what happened to the building, so that everyone concerned, including the Government, will learn from the very unfortunate incident.”

Amidst speculation that the building only had planning permission to be 15 storeys high, Sanwo-Olu said, “Lagosians and the world will be watching and waiting keenly, with the full expectation that the immediate and remote causes of this tragedy will be uncovered.”

The panel, which has the power to summon witnesses, is made up of two lawyers, a structural engineer, an architect and a representative from the Nigerian Institute of Building.

Chaired by the president of the Nigeria Institute of Town Planners, it has just 30 days to submit its findings on the building’s collapse to the Lagos State Government.

A number of construction companies, including Julius Berger, Craneburg, HiTech and China Civil Engineering Construction Company (CCECC), have also been helping in the search and rescue efforts, which are now said to be 99% complete.

The lastest update from the Lagos State Governent has confirmed that 15 survivors and a total of 43 bodies have been retrieved from the rubble. Local media have reported that the body of the building’s developer, Femi Osibona, is among those recovered from the site.

Three days of mourning for the victims of the tragedy have been declared in Lagos. 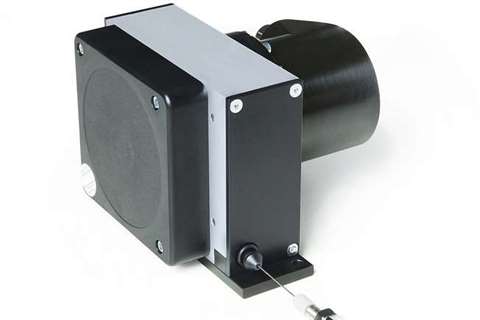