Not long before my conversation with Ken Gilmartin from Jacobs it was announced that he had secured a promotion to executive vice president and joint lead of Jacobs’ P&PS line of business. Jacobs, headquartered in Dallas, Texas, US, is truly a giant company – providing technical, professional and construction services, as well as specialty consulting – and despite the new role and the increased pressures on his time, Gilmartin was generous with his time on our video call. 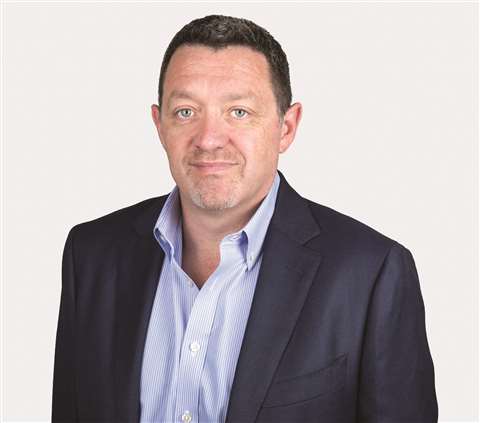 During our conversation he talked comfortably about a wide range of topics but became especially animated when discussing new technology and how the focus of the company is shifting. When asked about the new role, Gilmartin, originally from Ireland but now based in the US, said, “The actual day job hasn’t changed that much, honestly. It’s still the same kind of portfolio of work that I’ll be managing, as I have been for the last year. It’s more about being part of the executive leadership team, being at the table and, from an operational standpoint, really hoping to exert some more influence and reshape the future.”

As a company Jacobs has experienced a lot of change recently. In 2014 the firm completed a merger with Australia-based Sinclair Knight Merz and in 2017, acquired the global engineering firm CH2M Hill. The company specialised in key infrastructure and government service sectors and the deal was reportedly worth approximately US$3 billion.

A changing focus for Jacobs

Gilmartin refers to the purchase of CH2 as, “a really significant and strategic move. Any of those big mergers and acquisitions are difficult to do, but we managed to do that quite well.”

He adds that the company are looking to shift away from what they have been traditionally seen as focused on, such as energy, chemicals and oil and gas. “From a company standpoint, we’re trying to change; we’ve been known for a long time as engineering and construction, very dominant in certain sectors and locations around the world.

“It is a pivot now to become that solutions provider and we’ve got to continue to adapt as a company and really understand how it is that we need to make a difference. The social value of the work has become even more important; what’s the footprint that we’re leaving behind? We’re strategically going into that journey and it’s going to be a big challenge and opportunity.”

This Multi-Product Cell Culture Facility in Dublin, Ireland, has won awards for Jacobs

In almost every walk of life it is impossible to avoid having a conversation about Covid-19 – when I had my hair cut recently my barber had strong (and perhaps not totally well-thought-out) views on the crisis. For a truly global company with employees located around the world, Covid provided Jacobs with a logistical nightmare. However, Gilmartin says the company adapted quickly and some of the company’s own technology helped them – and is helping others – in the fight against the pandemic.

“Talking about being a solutions provider, we’ve got this new technology called ION. It’s a platform that we’ve had for years; it is a way of monitoring productivity. It was a digital platform that we managed to adapt very quickly, particularly for construction and operations sites. ION is really a tracking mechanism; it’s not a web-based app and it’s not on your phone. It is local to the construction site where you are. It’s a band that you wear and it can tell you if you have too many people too close to each other.”

The band was originally intended for monitoring productivity, revealing if there are too many people in one area of a construction site, but technology that provides the location of individuals is perfect in the age of social distancing. If a site has somebody who is Covid-19 positive, for example, the algorithm can go back and see who would have recently been in close proximity to that individual, vastly increasing its usefulness. Deploying a charmingly old-fashioned phrase in the context of such new technology Gilmartin says that, regarding, ION, Jacobs’ phone is, “ringing off the hook.”

The digitisation of construction

Covid-19 has impacted many industries severely, such as air travel

The tracking band brings us to the topic of new technology. Gilmartin comments that we don’t talk enough about the digitalisation of construction, that while there is still a long way to go, we shouldn’t lose sight of the giant strides that have been taken.

“The first large construction site I was on was in Indonesia in the mid 90s,” Gilmartin recalls. “We were still communicating with the designers in Germany by fax. Compare that to today, where you have drones out doing your progress measurement, accessing hard-to-reach areas. You have digital twins that are 3D models. You’ve got all of those tools that you didn’t have five years ago. If you think of that journey and how that technology has developed, it’s phenomenal.”

Having a live and constantly updated 3D model of a project reduces the amount of clashes and can help to fast-track it. This is a – relatively speaking – common occurrence on big projects now, but Gilmartin says the next step will be linking the supply chain into those digital twins to produce a live version of what is being delivered and when. He mentions that, “some of the solutions that we all dreamed of ten years ago are now coming really quickly,” and adds that Covid-19 has been a “force accelerator” for new technology. 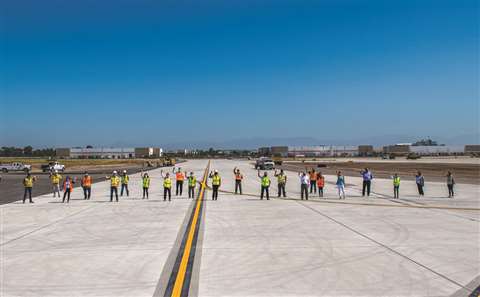 Jacobs used the fall in air passenger numbers to complete a project early at Long Beach airport, US

“I would say that it’s mixed,” answers Gilmartin. “My sense would be that the people down the supply chain, the subcontractors going to be successful in the long-term are the ones that are going to invest in this. There must be an understanding from everybody that this will become the norm. I firmly believe that the subcontractors who take that step will be the ones who are going to have long-term success.”

Gilmartin says the big thing – maybe the biggest thing – with new technology is the ability to understand what the outcomes are going to be, commenting that the companies that have the most certainty are the ones that continuously deliver; in that sense technology can become a differentiator. The construction industry is famous – perhaps notorious – for having a less-than-stellar track record of completing big projects on time and on budget.

Looking to the future, Gilmartin expects modular construction to increase in popularity, saying that Jacobs are seeing more clients looking at this option. He comments that Jacobs has “advanced goals” regarding sustainability and links two new technology areas, 3D printing and automation, saying, “Think about automation, from a standpoint where you’re seeing 3D printing onsite. That’s starting to happen and that technology is going to get better.

“Advanced robotics is an area that you’re going to see a lot of development in the next 10 to 15 years and we’re definitely going to see the logistics supply chain become a lot more linked to construction. The idea of just-in-time delivery to the site, of that entire process becoming more automated, is going to happen.”

There’s no doubt that 2020 is a year that we won’t quickly forget. Construction is better placed than many industries in a post-Covid world, and Gilmartin speculates the industry looks well placed to see good growth from 2021 onward.

As for Jacobs, “We will offer more integrated solutions, coming up with more technology as part of what we’re doing, as opposed to just the engineering and construction, driving more innovation into what we’re doing,” Gilmartin says.