The new President of the AEM, Megan Tanel

A new year is traditionally the time when we reflect on recent events and make plans and resolutions for the coming year. For Megan Tanel it means a new role, as at the start of 2022 she became President of the Association of Equipment Manufacturers (AEM), succeeding Dennis Slater, who had held the role since 2002.

Tanel takes the lead of the US-based AEM at an interesting time – the Covid-19 pandemic shows no signs of disappearing, the skills shortage in the US is a genuine issue (as in most parts of the world), supply chain issues abound and President Biden’s US$1.2 trillion infrastructure bill has been passed and signed into law.

There’s certainly no shortage of work for Tanel, but she’s an experienced operator, having joined the AEM back in 1995.

During a video interview towards the end of 2021 Tanel, who came across as engaging, articulate and open, commented that the pandemic had to remain a priority. “Our focus remains on helping our members work through Covid because here in the US, and I know in other countries, regulations are changing often. Some of the best value our members got out of the last year and a half with us was being able to talk together as peers and figure out what everyone else is doing and what’s best practice.”

It feels a little out of kilter, but despite the challenges construction faces, the industry enjoyed a remarkably healthy 2021. Equipment sales were up and governments around the world announced plans to invest in infrastructure, such as President Biden’s US$1.2 trillion infrastructure bill. The AEM, along with other associations in the US, worked behind the scenes in the corridors of Washington DC to help ensure that the bill was passed.

Early on in our call, before I have even asked about this, Tanel comments that, “I would be remiss if I didn’t say, ‘hey, the infrastructure bill was just a huge accomplishment’. Our staff were working night and day, they were pounding the pavement. We met with a number of Republicans and told them this is all about bipartisan support.”

For a country that is, whatever way you look at it, one of the world superpowers, the poor state of the nation’s infrastructure has long been an issue that desperately needed addressing. “We’ve all been talking about the state of our roads and bridges here in the US,” she comments.

“Unfortunately, we’ve heard the stories about some bridges that have collapsed. So, I don’t know that I have to talk about why this is so important other than we have roads crumbling and bridges collapsing, and that’s not OK. We have our water systems failing, and so with the infrastructure bill, it’s not just the roads and bridges, it’s the rural broadband, the networks, the electric grids.” 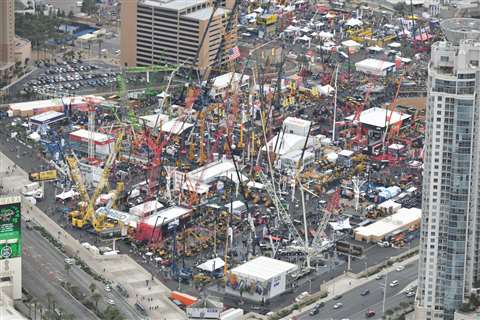 The passing of the bill has led to improved confidence in the construction industry in the US – Tanel says that the mood was positive even before this. However, attention is now turning to the practicalities of what actually happens next.

One of the key issues relates to a topic this article has already touched on: the skills shortage. Putting it bluntly – will there be enough workers to carry out all the projects set out in the bill?

“There’s a real challenge with workforce and it’s across every industry right now; we’re seeing a lot of those in the older generation retire from the workforce. There’s not enough younger workers to take their place,” says the AEM president. Indeed, according to the Bureau of Labor Statistics there are around 1.2 million people working in construction and extraction occupations between the ages of 55 to 64 in the US.

Tanel says that one of the answers to this problem is technology, saying that the worker shortage is, “an opportunity for us to continue to embrace using more technology. Remember the days when everyone said robots are going to take over our jobs? It didn’t happen and now there’s not enough people. With this technology I think there’s a great opportunity to get more people engaged in what we’re doing and elevating the tech adoption.”

Construction is more open to technology – a process that has been turbo-charged by the pandemic – but different sectors and geographical areas have been more open than others. For example, Scandanavia and parts of Asia are often held up as being further along this adoption journey than others. How about the AEM’s construction members?

“I think there’s some trepidation in the unknown. We did a survey before Conexpo-Con/Agg 2020, and during that show asked end users for their thoughts on technology. The resounding response was that they are interested in learning more about it, they do think it can help their business,” she says.

“But they need to understand what it is and how it will positively impact their business. I do think it’s a natural progression that the construction industry will continue to want to embrace uses of technology.”

Tanel mentioned Conexpo-Con/Agg, the show that the AEM hold every three years in Las Vegas. The last time the show was staged, in March 2020, was just as the world was beginning to understand how serious the Covid-19 situation was. She says that it was, “by the skin of our teeth” that the association managed to hold the event. Since then, some shows cancelled, others postponed and a handful went ahead. What is clear is that the future of trade shows will be different to what, for a long time, the industry was used to. 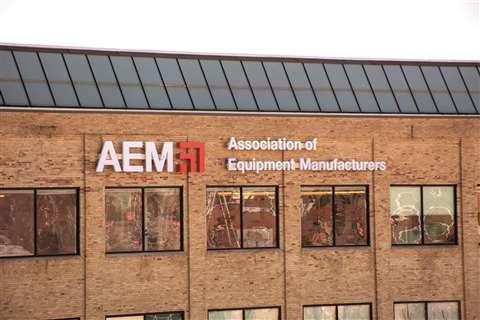 “Everything is going to continue to have a virtual component to it,” says Tanel. She mentions the Utility expo, another event organised by the AEM, and how lots of exhibitors included a virtual engagement component, including one company that live-steamed the launch of their solar powered excavator. Tanel praises this, but thinks there’s a lot of life left for in-person trade shows.

“I do think there’s the best value of being there in-person. You’re able to build stronger relationships and there’s the unintended great idea that comes out of conversations that you have with people from around the world. We will continue to have the value of the face to face with our events coupled with an enhanced digital or virtual component.”

The future of trade shows will surely be a mix between in-person and virtual. As for the future of construction in the US – the infrastructure bill provides certainty for contractors and OEMs of guaranteed work in the pipeline. It will also, hopefully, help to address another issue that is plaguing the industry, that of supply chain problems.

“The biggest challenge is the supply chain and being able to get what is needed to get the equipment out,” says Tanel. “Part of the infrastructure bill is to help clear some of the backlog at the ports. We’ve got to work with the trucking and rail industry to make sure we’re able to move goods across the country.

“We’re looking with a lot of hope towards this infrastructure bill to clear some of that mess and get everybody the equipment they need.” If that can happen then 2022 could be an even better year for the industry than 2021 was. 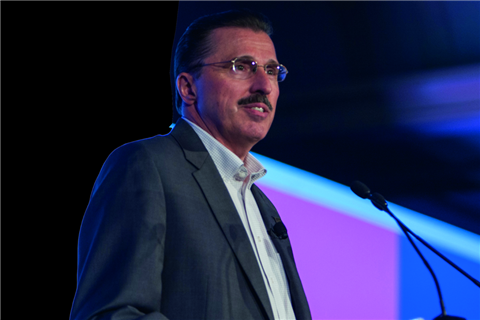 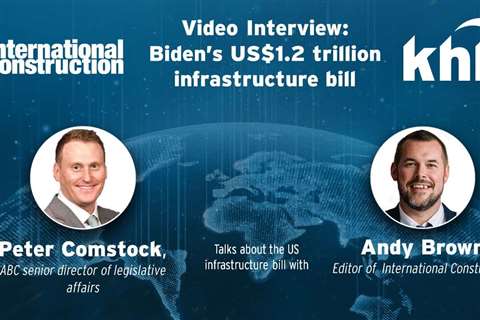