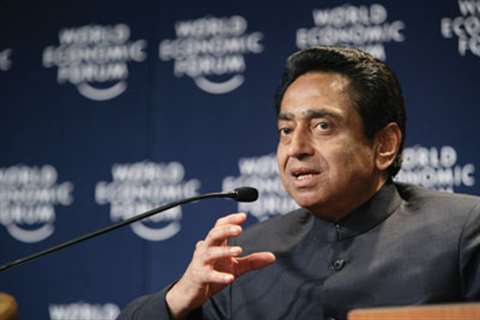 A year ago growth in the Indian construction sector was slowing down after years of booming activity. As well as feeling a some impact from the global recession, last May's general election was preceded by a moratorium on the award of contracts - a quirk of Indian law that aims to prevent the incumbent party gaining undue favour ahead of an election by awarding lucrative projects in marginal areas.

With the monsoon following the election it was not expected to be a particularly bright year for the industry, but activity was picking up well as 2009 drew to a close and there was a renewed sense of optimism.

One key factor was the election result, which saw Manmohan Singh returned as Prime Minister with his Indian National Congress party gaining 206 seats in the 543-seat Lok Sabha (lower house). Although not an outright majority, it was an improvement on the 145 seats gained in the 2004 election, and allowed Mr Singh to shake-off some of the more troublesome partners in his previous government and form a stronger coalition.

The stronger mandate seems to have emboldened the party as far as its key policies are concerned, and for the construction industry one of the most important areas has been a commitment to accelerate India's road building programme. The appointment of former commerce & industry minister Kamal Nath as minister for road transport and highways was warmly welcomed, and his speeches and statements have underlined a desire to speed up the execution of projects.

Most famously, soon after taking up the portfolio he announced his desire to build "20 km of roads per day", or over 7000 km per year - a huge acceleration from the 4 km or so run rate India reached in the first decade of its road building programme.

In order to achieve this, Mr Nath identified policy changes that were required, including simpler and faster procedures for land acquisition and reforms to laws relating to tolls.

Perhaps most interestingly, he has pushed the idea of awarding 'mega projects' - schemes that would be big enough to attract major overseas investment and construction expertise. What exactly constitutes a mega project is not yet clear. Speaking at last November's Excon exhibition in Bangalore, S K Mathur, chief general manager of the National Highways Authority of India (NHAI) office in Kerala defined these as schemes with an investment value of INR 800 crore (US$ 170 million) or more

However, other reports suggest such schemes could be as large as INR 8000 crore (US$ 1.7 billion) each, for packages of roads of up to 800 km in length.

Indeed, speaking at the World Economic Forum in Davos, Switzerland at the end of 2009, Mr Nath said the NHAI was poised to award six to ten mega projects of about US$ 1 billion each "soon", and that the target for the 2010 to 2011 financial year was to award some 11700 km of road schemes in total. But three months on, there is still no sign of any mega projects.

The policy seems to have become bogged-down in internal government projects, with other ministries criticising the stringent qualification criteria that the NHAI is keen to impose.

It is going to be a difficult problem to solve. On the one hand, if a concession scheme worth US$ 1 billion is going to be a success, it will require world-class finance and construction management, so the NHAI is right to set tough requirements and demand experience and a competent track record.

The objection to this from other parts of government is that the criteria will be so high that Indian companies will not be able to meet them. While one could argue that the policy is designed to build India a modern infrastructure, rather than provide 'jobs for the boys' in the domestic construction industry, it is obviously a politically sensitive area.

But the failure to get the mega project policy off the ground looks like it will contribute to Mr Nath missing most of the targets he set himself shortly after taking office. At the very best some 5000 km of contracts awarded in the first year of his tenure - well short of his own 7000 km target, which was itself a downward revision of the 10000 km target Mr Nath announced shortly after taking office. He has also pushed back the deadline for reaching the 20 km per day goal from April to June this year.

Having said that, the rate at which projects are being awarded is creeping up. February and March this year is expected to see some 2500 km of projects awarded - about the same as the number of schemes let from June 2009 to January.

This figure includes private investment, which is playing an increasingly significant role in India's road building sector, and recent years have seen the NHAI change its policy towards concession-based procurement models to make them more attractive to investors.

Much of what is in place today sees the NHAI take on the role of a kind of project enabler, handling the difficult early stages of schemes, where there can be the type of delays and risks that are unpalatable for the private sector. This includes taking on all preparatory work, including land acquisition, removing existing utilities and establishing rights of access. The NHAI can also offer a grant of up to 40% of project costs (assessed on a case-by-case basis), bridging what is often referred to as "the viability gap."

For the concessionaire there are tax breaks for the first ten years of the project, and concession periods can be up to 30 years. Concessionaires have the right to collect and retain tolls on build operate transfer (BOT) schemes and any disputes are settled along United Nations Commission on International Trade Law (UNCITRAL) principles.

These changes are designed to bring in as much as US$ 40 billion of private investment out of the total of about US$ 70 billion that is required to complete the National Highways Development Programme (NHDP).

Split into seven phases, the first was the famous golden quadrilateral (GQ) that linked Delhi, Kolkata, Chennai and Mumbai, while Phase 2 comprised the north-south and east-west corridors that are also shown on the map on p. XX. Phase 1 & 2 total about 14350 km, and their cost has been put at INR 64639 crore (US$ 13.9 billion)

Yet to get underway is Phase 4, which will see 20000 km of national highways given at least one lane in each direction, plus a safety shoulder. Other latter stages are Phase 6 - the construction of about 1000 km of expressways (four or six-lane divided carriageway highways), and Phase 7, an as yet undefined number of flyovers, bypasses and ring roads around major cities.

The NHAI's plan is for the phases currently under construction to be completed in 2012, while the overall completion date is the end of 2015. It is an ambitious target and whether Mr Nath gets his way with mega projects could make the difference as to whether it is achieved or not.