Hidromek is displaying its latest H4 Series excavators at this year’s Hillhead equipment exhibition, which is currently taking place in the United Kindom and is expected to attract around 20,000 industry visitors from the recycling, construction and quarrying sectors. 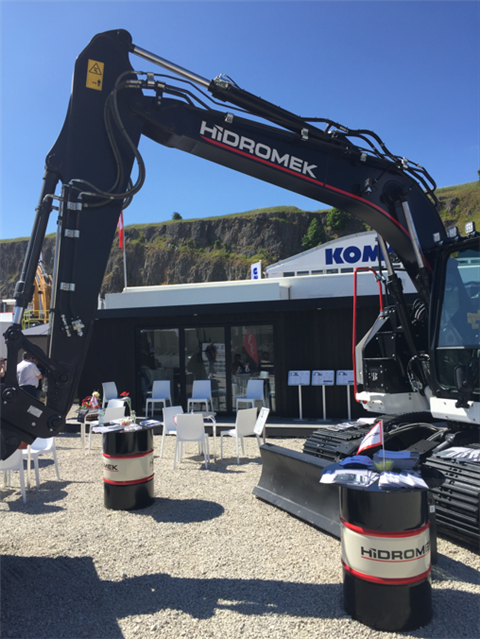 Hidromek’s exhibitor stand at Hillhead 2022 in the UK. (Photo: KHL)

The excavators, which are powered by diesel engines from Izuzu, have operating weights of 16, 23 and 39 t respectively, and are designed to be fast, productive and efficient.

While the HMK 145 excavator model has a more compact design that makes it suitable for projects in urban locations, the larger HML 230 and HMK 390 are suitable for more demanding tasks - such as those involving aggregates and quarrying materials.

The two larger machines offer significant improvements over the models in the manufacturer’s previous equipment range.

Thanks to shorter cycle times, bigger bucket capacities and faster operational speeds, both excavators are 17% more productive than their respective predecessors.

Alongside these, the Turkish manufacturer is also showing the HMK 102B SUPRA backhoe loader, the HMK 640 WL wheeled loader and its HMK 635 WL wheeled loader - which was launched last year and features a Stage V compliant Mercedes-Benz engine that saves fuel by providing high torque at low rpms.

While visitors at Hillhead can get a closer look at all of the machines, Hidromek’s HMK 640 wheeled loader and its HMK 390 LC HD excavator have also been made available as demonstration machines. 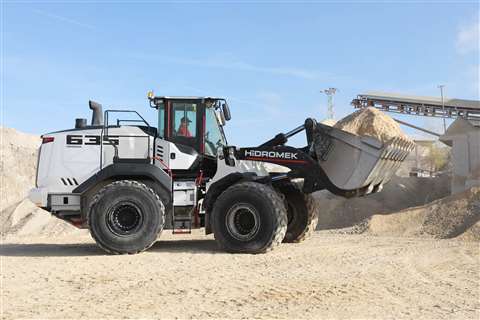