The European equipment rental market is growing ahead of the general economy, though significant opportunities still exist, according to the European Rental Association’s (ERA) 2018 market report. 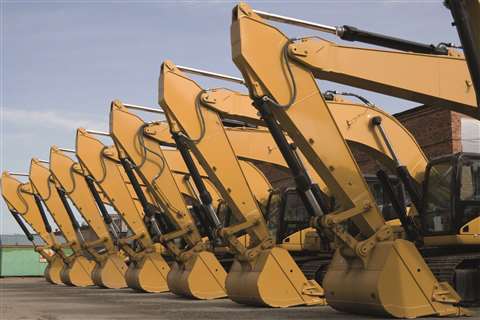 The report, named the ERA Market Report 2018, investigates the 15 major markets in Europe, and a 4.4% increase was reported for 2017, while this year is estimated to see a 3.7% rise. 2019, meanwhile, is expected to increase 3.4%. Constant exchange rates are assumed for all estimates.

Last year, the equipment rental market without operators, for the EU-28 and European Free Trade Association, had a reported turnover of €25.7 billion, with the 15 major European countries accounting for 95% of sales.

The sector comprises 17,100 rental companies, employing more than 140,000 people, according to the ERA.

Between 2016 and 2017, France saw the biggest increase at 7.8%, accounting for more than €4 billion in sales, said to be driven by residential and infrastructure investments. For the same period, Germany was reported to grow at 4.2%, while growth over the last 12 months is estimated to be around 3.7%. The biggest market in Europe is the UK, accounting for €6.75 billion of total sales in 2017, though that growth was just 1.4%, said the ERA. Brexit was said to be the reason for stunted growth, it said.

The ERA said that drivers for growth across Europe included increasing recognition of the industries’ role in improving sustainability.

The association’s 2018 market report provides analysis on rental penetration based on equipment unit sales from a selected range of categories, alongside penetration rates by GDP and construction output. This new insight, conducted with Off-Highway Research, highlights the significant opportunity in less mature markets to grow common equipment rental categories, it said.

Michel Petitjean, secretary-general of the ERA, said, “The market is maturing and growing which is encouraging. Businesses across Europe increasingly use rental as part of their competitive toolkit as it makes better use of capital, minimises environmental impact and provides access to new equipment and expertise, as well as ensuring compliance.

“The additional analysis this year on penetration rates for different common categories across Europe points to further growth opportunities for an exciting, modern industry, also both political and economic prospects only show short term trends leaving uncertainty after 2019.”