The past few months have seen healthy activity on the global project front, as we approach the end of 2021. From updates on milestones and new projects announced through to winning bidders, we bring you a round-up of the latest activity…

According to Holcim, the project was made possible by the company’s proprietary ink, TectorPrint, giving the walls structural function to bear the load of the building. It is hoped that this breakthrough will accelerate the scale-up of 3D printing for affordable housing. 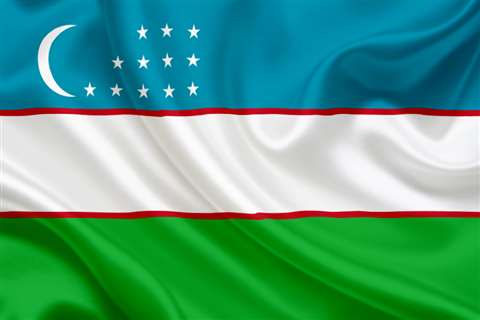 The government of Uzbekistan has announced a €2.2 gas-chemical project.

The government of Uzbekistan has announced details of a €2.2 billion gas-chemical project based on MTO technology.

The project is expected to commence operations in the fourth quarter of 2023 and will provide Uzbekistan’s domestic industry with olefinic hydrocarbons, a vital raw material for the country.

The MTO technology, which is core to the project, has no direct competitors in the CIS region. The plant will seek to minimize the project’s impact on the environment. Environmental standards compliance will be monitored and confirmed by consultancy Mott MacDonald. 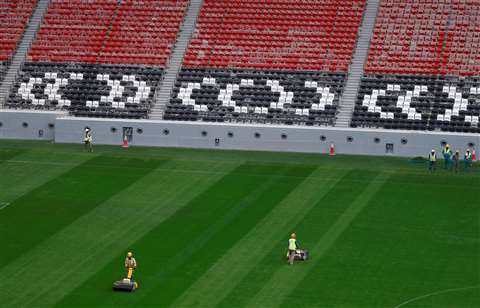 The Al Bayt Stadium will host the 2022 Fifa World Cup in Qatar.

Webuild was part of the consortium that oversaw design and construction of the sports complex, which has now hosted the inaugural game of the 2021 FIFA Arab Cup, before the World Cup begins in November next year.

Construction work is underway on a new shipbuilding facility at the port of Kiel in northern Germany.

Within the scope of the contract – valued in the high double-digit million-euro range – Strabag subsidiary Züblin will construct a submarine production facility and a seven-storey administrative building for thyssenKrupp Marine Systems.

Sensat, a developer of collaboration software for civil infrastructure, has created a digital twin of a new 21 hectare development in Canada Water, London.

Created in partnership with development and investment company British Land and information management firm Amodal, the visualisation of the entire site is intended to be part of a ‘golden threat’ of connected data - giving planning teams the opportunity to coordinate processes over the length of the €4.7 billion project.

The government of North Macedonia has revealed plans for a new photovoltaic project with a capacity of between 350 to 400MW and a value of around €270m.

The facility will be built in Stipion by Paris-based Akuo Energy via local firm Ostro Solar, according to the North Macedonian government.

A new RUB170 billion (€2 billion) transhippment seaport is to be built on Russia’s west coast, on the Baltic Sea.

Said to be the first deep-water complex in the region, the development of the “Primorksy UPK” facility will enable Russian to increase the amount of foreign trade cargo it exports.

Construction of the port, located north of St. Petersberg in the coastal town of Primorsk, will be carried out by Primorsky Universal Transshipment Complex.

Earlier this month, contractors expressed disappointment in the UK government’s decision to eliminate the Birmingham to Leeds section of the HS2 high speed rail project,

Known as the ‘Eastern Leg’, the extension to the London-Birmingham HS2 line would have linked the Midlands and with Leeds by running through parts of South and West Yorkshire.

Changes to the massive HS2 project in the UK have caused controversy.

The country’s national utility, ČEZ, has commissioned the US-headquartered engineering firm to treat and solidify 250 million tonnes of radioactive sludge, before transporting it in drums to a long-term storage facility.

The project is set to run for approximately five years.

Züblin in for Frankfurt skyscraper

A consortium of Züblin and Dobler Metallbau has been commissioned to build a new 205m-tall skyscraper in Frankfurt.

Precise details on the price of the contract have not been released, but Strabag, Züblin’s Austrian parent company, said it would be in the mid-three-digit-million-euro range.