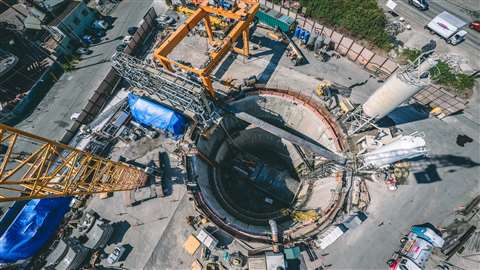 A TBM has begun work on a 5.5m diameter tunnel in Seattle, US

Italian contracting giant Webuild has announced that Lane, its US subsidiary, has started excavating the 2.7 mile (4.2km) storage tunnel for the Ship Canal Water Quality Project, in the city of Seattle, US.

The environmental sustainability project is designed to prevent untreated stormwater and sewage from flowing into major bodies of water in Seattle. A tunnel boring machine (TBM) has begun work on the 5.5m diameter tunnel.

The tunnel will prevent up to 75 million gallons (276 million litres) of untreated stormwater and sewage from flowing into the Lake Washington Ship Canal, Salmon Bay and Lake Union every year. The tunnel will capture and temporarily hold more than 29 million gallons (109.8 million litres) of stormwater and sewage during heavy rainfall.

According to Lane, this project is one of several in the clean water sector in the US that the company are currently working on.

See where WeBuild ranked in an exclusive listing of the world’s biggest contractors by sale in 2020 in the most recent issue of International Construction magazine.