Cost of UK flood damage up to €768 million 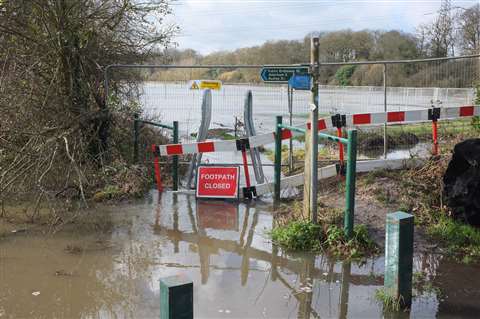 The damage caused by the wide-spread flooding that has hit the UK this winter could cost the economy up to £630 million (€768 million), according to an estimate from accountant PricewaterhouseCoopers (PwC).

And PwC insurance partner Mohammad Khan said further damage was expected. "Given the weather forecasts for this week and further into February, we would expect further flash flooding and for these estimated costs to rise,” he said.

PwC insurance catastrophe expert Dom Del Re said the continued adverse weather highlighted the impact that storms, coastal and river flooding, and flash flooding could have on the British economy.

“Home and business owners who have planned for flooding will be better equipped to deal with the disruption and damage,” he said, adding that homeowners could consider taking remedial action on their properties to help mitigate and prevent damage caused by flooding.