Construction project delays up 100% due to Covid 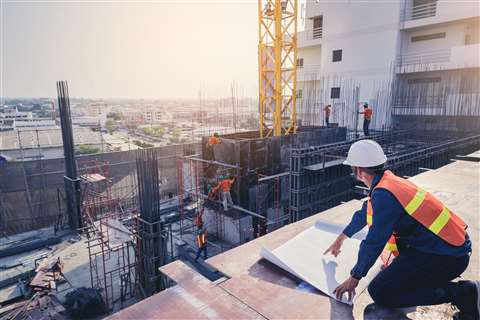 Delays to large-scale construction projects have more than doubled during the Covid-19 pandemic, according to new data released by machine learning company nPlan.

Researchers at tech firm nPlan found that the median delay for projects completed before the pandemic was approximately 100 days, while pandemic-era projects have a median delay of more than 200 days.

Analysis of pre- and mid-pandemic projects in the nPlan schedule dataset suggests that nearly nine in ten large-scale construction projects (85.5%) are delivered late – nearly two-thirds of them (59.4%) by at least two months.

The machine learning startup has amassed a dataset of more than half a million construction schedules through its work with companies including Network Rail, Shell, Kier and Google. The data includes schedules from UK, Europe, Australia and America.

Dev Amratia, CEO of nPlan, said, “In construction, as in so many other sectors and areas of public life, the pandemic hasn’t just created new problems, it has highlighted and exacerbated existing problems – in this case the costly project overruns which are endemic to the industry. Because this issue was not dealt with before the pandemic, we are now in a situation where projects have suddenly become much riskier.

“This will pile pressure on contractors and may mean clients bring forward fewer projects. On the other hand, the salience the pandemic has given this issue means we now have an unparalleled opportunity to get better at anticipating and preventing project overruns using advanced forecasting and risk management techniques.”

Researchers also used nPlan’s dataset to discover the specific activities within schedules that are most likely to cause delays, finding that 45% of activities related to structural steel end up taking longer than planned. This finding is likely to cause further concern among contractors already struggling with steel shortages and delayed deliveries of steel.