By Reuters and Catrin Jones17 August 2022 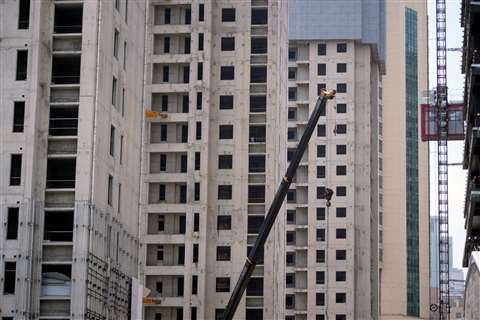 A crane is seen amid residential buildings under construction in Shanghai, China (Photo: REUTERS/Aly Song)

Chinese developers in “survival mode” sharply cut property investment in July while new construction starts suffered their biggest fall in nearly a decade, suggesting the liquidity-challenged sector is not about to turn the corner anytime soon, according to a news report from Reuters.

China’s property market, accounting for about a quarter of the economy, has been trapped in a capital crisis since the summer of 2020, leading some cash-strapped developers to default on their debts and struggle to complete projects. Wary buyer sentiment has also cooled new investment by developers.

Property investment in July fell 12.3% year-on-year, the biggest decline in 2022, while new construction starts by floor area slumped 45.4%, the largest drop since January-February 2013, according to Reuters calculations based on data from the National Bureau of Statistics (NBS).

“Everyone except state-owned enterprises is in survival mode,” said a senior official at a Shenzhen-based developer, speaking on condition of anonymity.

“We’re all waiting for a recovery and trying to speed up sales and reduce costs and buy less land. But, at the end of the day, sales depend on the end users.”

Cash-strapped real estate firms have suffered from tight credit conditions since 2020 after regulators issued tough guidelines on new borrowing by developers, concerned about their spiralling debt.

“We’ll just have to tighten our belts, and our top priority is to make sure housing projects are delivered,” an official at a developer that once defaulted on bonds told Reuters. “It’s really hard to raise funds once your credibility is damaged,” said the official, speaking on condition of anonymity.

For developers in July, loans granted by domestic banks dropped 36.8%, while capital raised from abroad plunged 200%, according to Reuters calculations from the NBS data. 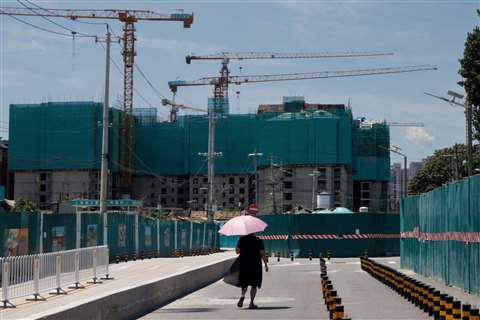 Reflecting the poor buyer sentiment, new home prices fell 0.9% on year in July, the fastest pace since September 2015, and extending a 0.5% decline in June, Reuters calculations based on NBS data showed.

As developers keep to a holding pattern, they are hoping regulators would ease their grip on the sector after a once-in-five-years congress of the ruling Communist Party in the autumn where President Xi Jinping is expected to secure a precedent-breaking third term as leader.

“The main supply-side policies have not yet been relaxed, which are likely to be eased after the 20th CPC national congress,” said a developer, declining to be named.

In January-July, property investment fell 6.4% from a year earlier, the most since March 2020.

New construction starts tumbled 36.1%, extending from a 34.4% drop in the first half. 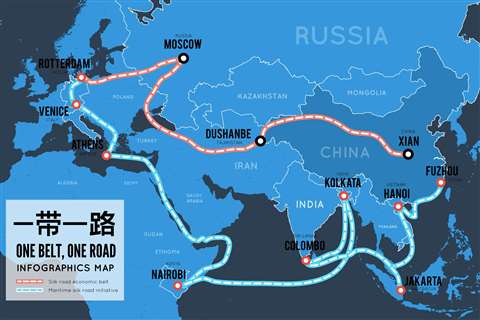 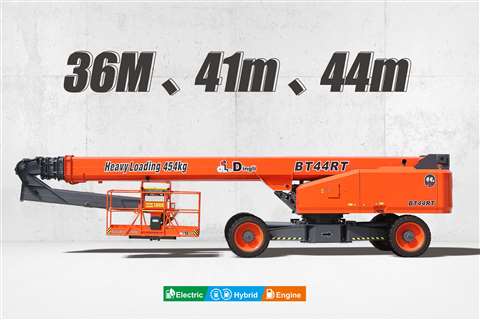