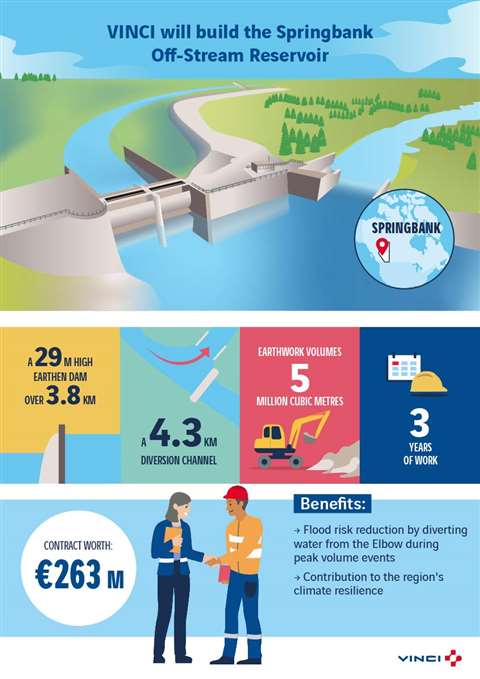 Vinci Construction has announced that, through its earthworks subsidiary specialised in major projects, it will build the Springbank Off-Stream Reservoir located 15km west of Calgary on behalf of the Canadian province of Alberta.

This project will help protect the inhabitants of Calgary and the surrounding areas by diverting and temporarily storing water from the Elbow River during peak volume events to avoid flooding such as occurred in 2013.

The project, worth CAN$379 million (US$295 million), is anticipated to last for three years. It includes a regulation structure on the Elbow river, a 29m high earthen dam stretching approximately 3.8km, and working together with a water intake and a 4.3km diversion channel.

In total, earthwork for this project is estimated at around five million cubic metres. The contract also includes road development works and construction of engineering structures on adjacent roads. 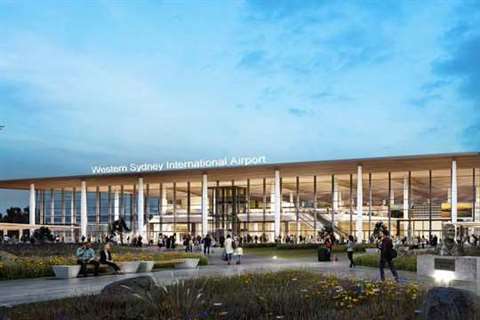 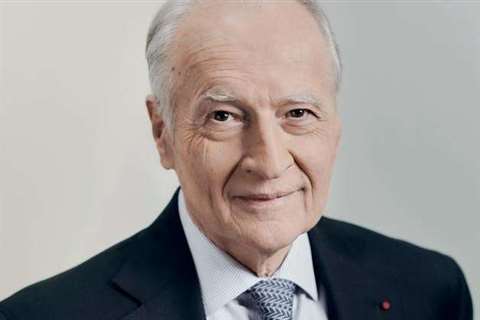