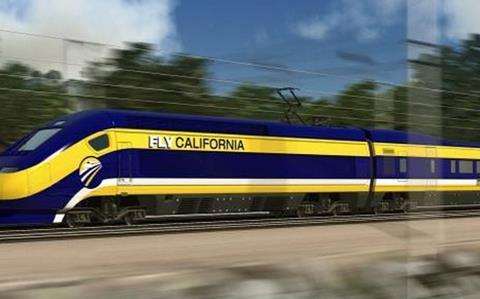 California’s high-speed rail line, which has been beset by rapidly rising costs, will be scaled back in a bid to keep costs under control.

The line was originally planned to link San Francisco and Los Angeles in the US state of California.

Gavin Newsome, the newly appointed governor of California, recently announced that the line will now be restricted to the Central Valley, linking the smaller cities of Merced and Bakersfield, effectively scrapping the two ends of the proposed line.

Merced and Bakersfield are 260km apart, but neither are large cities. This has led to some calling for the project to be cancelled and accusations that billions of dollars are being wasted.

The project was initially scheduled to cost US$32 billion and open in 2029. Even with the announced reduction to the line the cost is likely to be double this amount, and the line won’t open until 2033.

Newsome said, “There’s no doubt that our state’s economy and quality of life depend on improving transportation. But let’s be real. The project, as currently planned, would cost too much and take too long. There’s been too little oversight and not enough transparency.

“Right now, there simply isn’t a path to get from Sacramento to San Diego, let alone from San Francisco to LA. I wish there were. However, we do have the capacity to complete a high-speed rail link between Merced and Bakersfield.”

The governor also said that he was open to the idea of the line being finished at a later date.