Bidders shortlisted for US$2.5 billion bridge

The Government of Lagos State, Nigeria, has announced the final shortlist of bidders for the Fourth Mainland Bridge project. 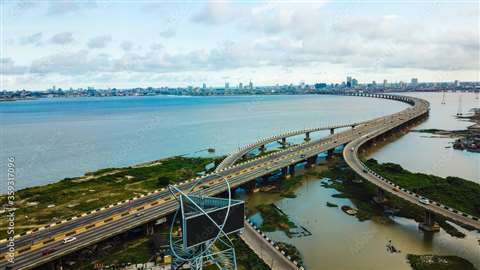 A consortium consisting of Portuguese contractor Mota-Engil, China Communications (CCCC) and China Road and Bridge, a subsidiary of CCCC, is in the running for the US$2.5 billion public-private partnership project.

The successful bidder will be responsible for the construction of a green field tolled road and bridge, three toll plazas, nine interchanges, a 4.5km lagoon bridge and an eco-friendly environment.

Ope George, director general of Lagos State Government Public Private Partnership Office, said the construction of the bridge, which will be the second longest in Africa once finished, aims to reduce “severe congestion” on the existing Third Mainland Bridge, which was built in 1990.

Construction of the 37km structure, which will run between Lagos Island and Lagos city, was expected to begin in 2021. However, delays have hit the project, and issues surrounding the best place to build it held up the bidding process.

Lagos State also previously said that more consideration and transparency was needed due to public-private partnership funding, which in turn caused longer delays to construction.

The State says that it expects to announce its preferred bidder by the end of 2022, having reduced the list down from over 50 bidders since 2019.