Besix Group has announced that the concrete work on the Dubai Uptown Tower has reached its peak of 329m, with the final height of 340m due to be reached in autumn 2022. The 81 storey building will be the first super-tall tower in Dubai’s uptown district. 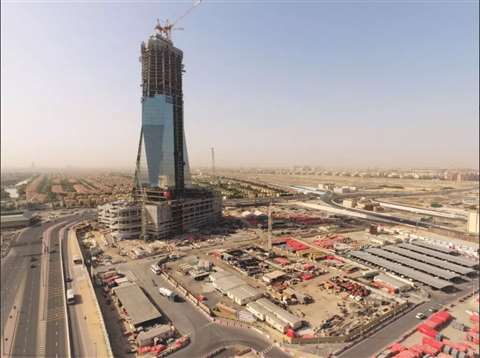 The works are being carried out under the supervisory management of Turner International Middle East, with WSP and Wood-Baggot as structural/technical and architectural consultants.

The Dubai branch of Besix Group is responsible for the detailed engineering and construction of the tower which is developed by Dubai Multi Commodities Centre (DMCC), and was designed by the architectural firm Adrian Smith + Gordon Gill Architecture.

According to David De Visscher, resident manager UAE for BESIX-Six Construct, 90% of the façade is completed.

The Dubai Uptown Tower project has been using robotic solutions such as the Schindler R.I.S.E., an autonomous, self-climbing robot that carries out preparation and installation work in the lift shafts. The project also included installing the world’s largest solar installation on a construction site with partner Enerwhere – producing 540kW of power contributing to site’s overall power needs. 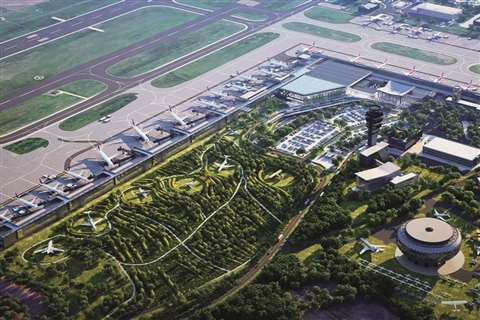 Post-Covid and sustainability: how to build a multi-billion-euro airport
Constructing a multi-million (or billion) euro behemoth is complex enough before adding Covid and the need for sustainability to the mix
Longer Reads