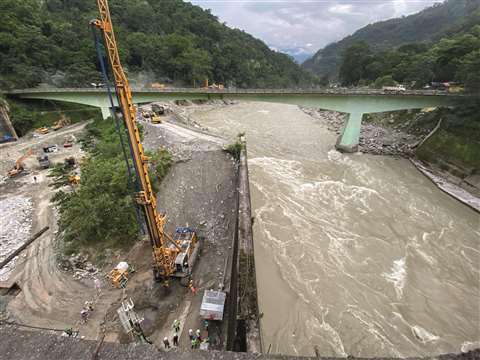 The project comprises the installation of a barrage, four desilting basins, two head race tunnels and an underground power house along the 300km Teesta River.

The river runs from the Pahunri Glacier in the eastern Himalayas through the Indian states of Sikkim and West Bengal and connects with the Jamuna River in Bangladesh.

With Teesta VI currently half complete, Bauer’s scope of works will include the construction of an anchored pile wall with five radial gates.

Bauer India, which is scheduled to complete the works in 2024, said, “The anchored pile wall will enable a 40m deep excavation for the intake structure on the right bank.

“Along the upstream cofferdam 4.700m² of grout curtain will be constructed using the jet grouting technique. In two individual stages on the upstream side of the barrage 4,600m² of diaphragm wall will be built, using a trench cutter through the bouldary alluvium after pre-treatment.” 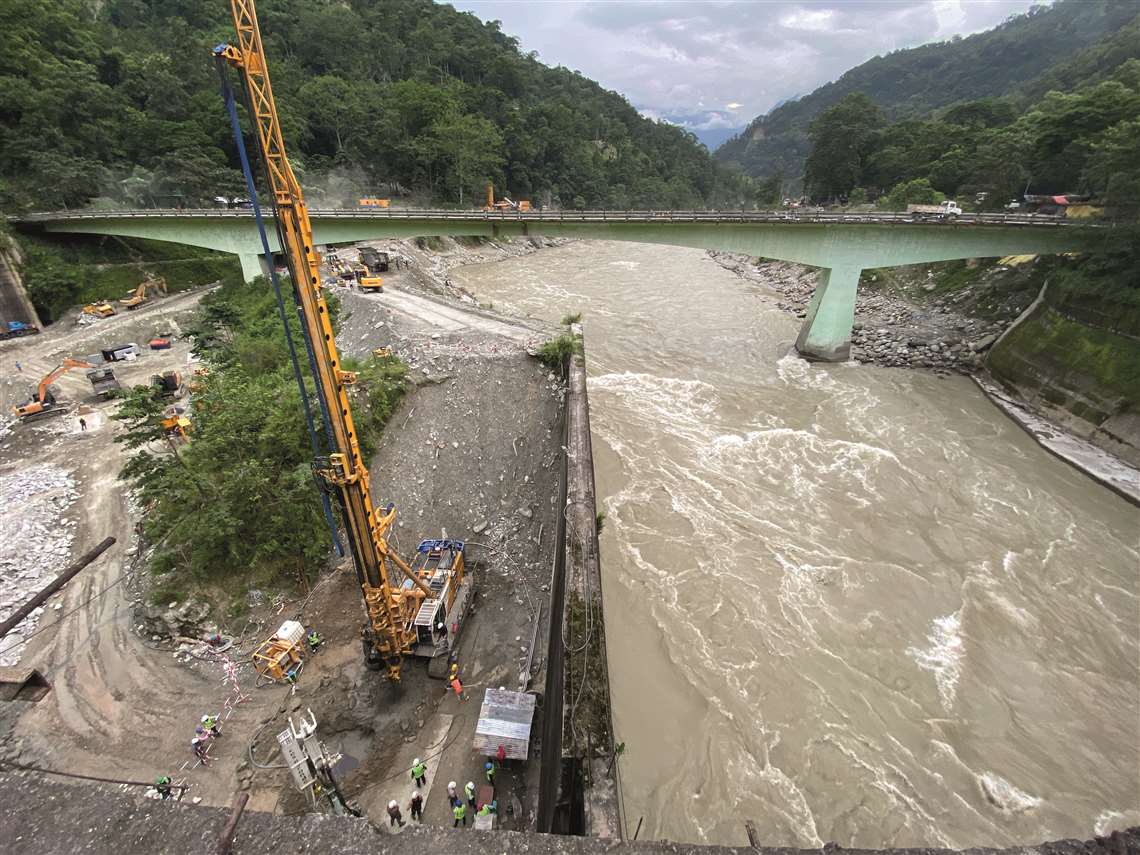 Bauer is carrying out the specialist foundation engineering work for the Teesta VI Hydro Electric project. © BAUER Group
Previous Next ×