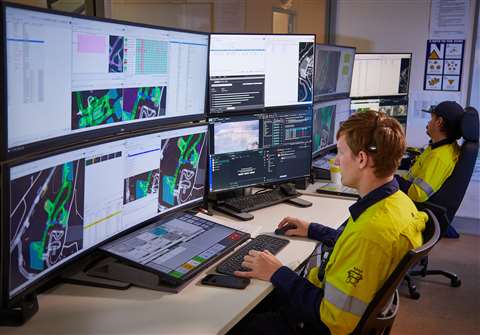 The two companies say they will work together to create a safer, more productive mine as Newmont seeks to meet 2030 greenhouse gas (GHG) emissions reduction targets of more than 30%, with an ultimate goal of being net zero carbon by 2050.

Tom Palmer, President and CEO of Newmont Corporation said that the strategic alliance would address climate change by, “fundamentally changing the mining industry through the rapid development and implementation of a comprehensive all-electric autonomous mining system to achieve zero emissions mining.”

Under the agreement, Newmont plans to provide a preliminary investment of US$100 million as the companies set initial automation and electrification goals for surface and underground mining infrastructures and haulage fleets at Newmont’s Cripple Creek and Victor (CC&V) mine in the US and Tanami mine in Australia.

“Caterpillar is committed to providing transformational advancements in safety, sustainability and technology,” said Jim Umpleby, Chairman and CEO of Caterpillar. “We share Newmont’s dedication to a reduced-carbon future.”